Trinamool or BJP? As battle for ‘Poriborton’ heats up in Bengal, pollsters divided over outcome 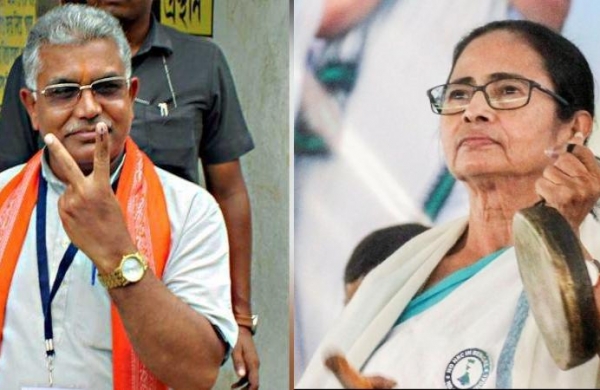 By Express News Service
NEW DELHI:   As the Bengal electoral battle heats up, pollsters are divided on whether the state will bring back ‘Didi’ or will see a saffron surge this time.

While ABP-C-Voter and Times Now-C-Voter surveys have given edge to the ruling TMC, Hyderabad-based research agency People’s Pulse has predicted ‘comfortable’ win for the BJP.

The TMC is likely to retain power for the third consecutive term but with a slightly reduced majority, said the opinion polls conducted by Times Now and ABP in partnership with C-Voter.

People’s Pulse, on the other hand, said in its report ‘Mood for Poriborton: West Bengal’ that BJP is going to win quite comfortably, its organisational weaknesses notwithstanding.

The report predicted an edge for the BJP on nearly 160 seats, primarily on account of the  undercurrent of anti-incumbency sentiments running across the state of which the saffron party will be the default beneficiary.

However, the surveys by the TV news channels predicted that the BJP, which had bagged just three seats in the last Assembly elections, will be the prime challenger to the TMC.

As per the Times Now opinion poll, the saffron party is expected to grow in terms of the number of seats and vote percentage with a seat share between 99 and115.

On the contrary, during the survey by People’s Pulse, the field narratives revealed an intense desire for change.

“Therefore, issues like leadership, candidate profile, organisational presence or weaknesses don’t appear to reverse the dynamics that we witnessed until December 2020,” the report states.

The report pointed out that as far as leadership factor is concerned, the relatively better image of the CM is eclipsed by the poor image of her party leaders.

“Her image won’t neutralise the bitterness that majority on the ground nurture on account of systematic battering by her regime. People’s everyday experience far outweighs the managerial effort by marketing agencies to manage politics…Bengal is witnessing the wind of change for sure,” the report concluded.