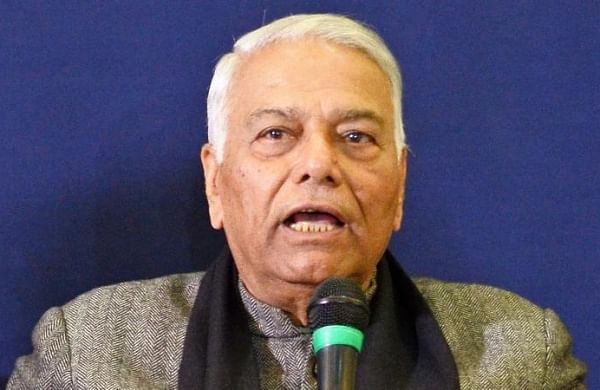 The former Union minister assured that pre-poll promises made by the TMC in Goa would be implemented if the Mamata Banerjee-led party comes to power in the coastal state after the February 14 assembly polls.

Talking to reporters here, the bureaucrat-turned-politician said, “Sometimes in ‘double engine governments’, it is possible that one engine goes in one direction, and the other in another direction. On a serious note, I want to mention that if the central government of the BJP is trying to emphasize on wanting to run double engine governments then all they want is to run a dictatorship.”

He said insisting on ‘double engine’ means the BJP does not want any other party to come to power in states and form government. “Today, they are talking about double engines with respect to state governments, tomorrow they will talk about triple engine with respect to panchayats. How will this work?” he questioned.

As part its ‘double engine’ campaign narrative, BJP leaders appeal to voters to select the same party (BJP or the alliance led by it, NDA) in poll-bound states as the one ruling at the Centre to ensure better development of their states.

Sinha said the TMC’s pre-poll assurances in Goa are doable and the party will implement them when voted to power. The TMC has forged an alliance with Goa’s oldest regional party MGP for the assembly polls. “It is my personal assurance that the pre-poll promises made by the TMC in Goa would be implemented,” he said.

Three welfare schemes announced by the TMC – targeted at different sections of the society, including women and youth – will be implemented as soon as the party forms a government in Goa, Sinha said.

The former Union finance minister said these schemes – Griha Laxmi, Yuva Shakti and Mhaje Ghar, Maalki Hakk (My Home, My right) – can be funded with government money and implemented with proper fiscal management.

Sinha said these welfare schemes together will cost the government around Rs 3,300 crore annually and they can be implemented without imposing any additional tax on people or borrowing funds from the market.

“In terms of the norms which have been fixed by the Finance Commission and the Reserve Bank of India, Goa already has an additional fiscal space of Rs 2,100 crore. So, that leaves us with Rs 1,200 crore (more), and in a (state) budget of Rs 25,000 crore, this amount can easily be allotted and spent on these welfare schemes,” he added.