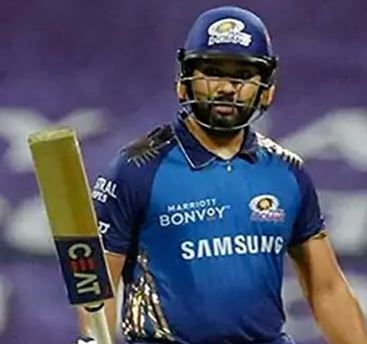 Mumbai Indians ready for the final hurdle against Delhi Capitals in the Dream 11 IPL 2020 finals which is scheduled to take place on 10th Nov at 7:30 PM IST.
Ahead of the title-deciding match, MI skipper Rohit Sharma gave an injury update on Trent Boult and said that the pacer is expected to play on Tuesday.
“Trent looks pretty good. He’s gonna have a session today with all of us, he has pulled up pretty well in the last two days. So, fingers crossed, hopefully he plays,” Sharma said.
Earlier in the day, the franchise posted a video in which Trent Boult can be seen bowling in nets. Ahead of the finals match, Mumbai Indians players are sweating it out hard in nets and smashing big hits to beat the Delhi capitals. They are leaving no stone unturned in their final preparations.

Defending champions Mumbai Indians will take on Delhi Capitals on 10 November at the Dubai International Cricket Stadium. They aim to win record-extending the fifth IPL title this year as earlier they won the IPL trophy in 2013, 2015, 2017 and 2019.

Trent Boult gave MI a dream start to the IPL 2020 Qualifier 1 by bagging two wickets in only his first over of the innings. After troubling DC batters extensively in his first two overs, the Kiwi pacer didn’t return to bowl having suffered a groin injury, sending chills down the spine of Mumbai supporters.

In his first spell, Boult ended with figures of 2-1-9-2 and he was expected to partner Jasprit Bumrah with the ball in the death overs too but he had to leave the ground in the 14th over because of the injury.