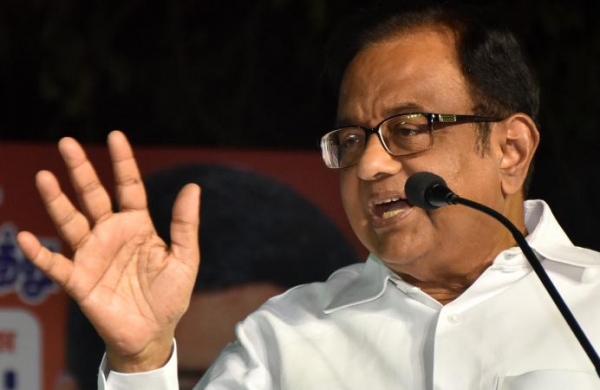 By PTI
NEW DELHI: Senior Congress leader P Chidambaram on Thursday contested the assertion in a Ministry of External Affairs (MEA) statement that the new farm laws were passed in Parliament after a full debate and discussion, terming it as “a travesty of the truth”.

In a statement issued on Wednesday, the MEA had slammed the remarks made by American singer Rihanna and other celebrities and activists on farmer protests, saying the facts on the issue must be ascertained before rushing to comment on it.

The MEA had asserted that the farm laws were passed by Parliament after a full debate and discussion.

Referring to the statement, Chidambaram tweeted, “MEA’s statement reads ‘The Parliament of India, after a full debate and discussion, passed reformist legislation relating to the agricultural sector’.”

“That is a travesty of the truth,” he said The record of the Rajya Sabha and the video record will show that there was not a full discussion, microphones of some MPs were muted, and a “call for division (that is a vote) was summarily rejected”, the former Union minister said in a series of tweets.

“If MEA distorts the truth on a matter where there is a record, who will believe MEA’s other statements?” Chidambaram said, tagging External Affairs Minister S Jaishankar.

On Wednesday too, Chidambaram had hit out at the MEA, saying it is good that Rihanna and Greta Thunberg can wake up the ministry.

“Come on MEA, when will you realise that people concerned with issues of human rights and livelihoods do not recognise national boundaries? Why did MEA comment on the military coup in Myanmar? Why is it ‘deeply concerning’ to the MEA?” he had said.

The MEA statement had come after global celebrities such as singer Rihanna and climate activist Thunberg expressed support to the farmers’ protests.