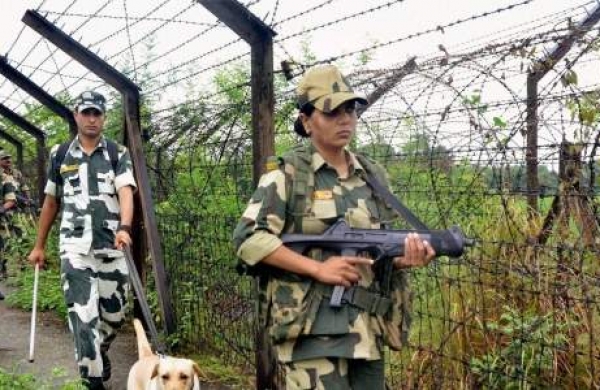 By PTI
KOLKATA:  A Bangladeshi woman, allegedly trafficked into India, has been rescued by Border Security Force jawans close to a border outpost in North 24 Parganas district, a BSF statement said on Tuesday.

The border guards intercepted the woman at Ghojadanga outpost when she was trying to cross over to the neighbouring country on Monday night, the statement said.

During interrogation, the woman said that a few months back she had been sold to a brothel in the red-light area of Sonagachi here by a gang of international traffickers.

She had escaped from the red-light area on Sunday.

The woman, who was abandoned by her husband at Munshiganj district in the neighbouring country, had approached a friend in Bangladesh to help her cross the international border for getting a tailoring job in India.

Instead of helping her, her friend made her fall prey to a racket involved in flesh trade, the statement said.

The woman has been handed over to Basirhat police station after counselling.