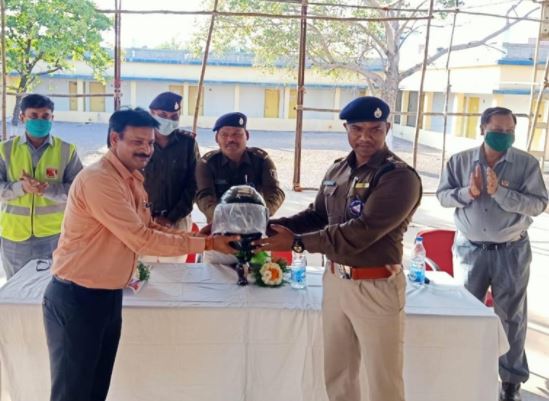 In the said public awareness program, the officer-employees on traffic were given detailed information in relation to the 34 sections of the Traffic Motor Vehicles Act and the traffic signals on the traffic. Also, an appeal was made to operate the vehicle following the rules. On this occasion, Deputy Superintendent of Police, Raipur, Satish Kumar Thakur, while presenting the vehicle detailing the adverse impact on the entire family in case of death in road accidents, while telling the employees the value of each person’s life. And the people of his family were also motivated to follow the rules.