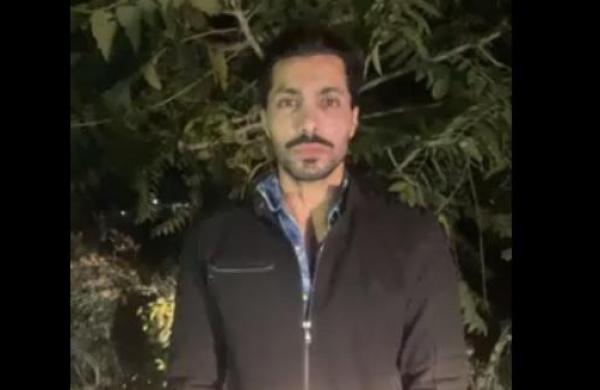 By Express News Service
NEW DELHI:  In his quest for his 15 seconds of fame, he was seen on social media instigating mobs to hoist a religious flag at the Red Fort on Tuesday. However, Punjabi actor Deep Sidhu stands today as the most reviled person, disowned by the farmer leaders, his own state and politicians across the spectrum.

While some opposition parties accused the government of planting him to discredit the farmers’ agitation, the BJP sought to distance itself from him. There were conflicting reports on his name figuring in the bunch of FIRs filed in the case. While earlier it was claimed that he did not figure in any of them, DCP, North Delhi, Anto Alphonse, later confirmed that Sidhu and gangster-turned-activist Lakha Sidhana have indeed been named in the FIRs.

The Samyukta Kisan Morcha alleged ‘anti-social elements’ like Sidhu attempted to torpedo their peaceful agitation as part of a government plot. Pointing to his past links with the BJP, farmer leaders alleged he misguided some protesters. “Sidhu is an RSS man. Police let him go after he hoisted flag,” said farmer leader Darshan Pal. Sidhu was recently summoned by the NIA in connection with a sedition case against the banned pro-Khalistan outfit Sikhs For Justice.

Oppn parties try to corner BJP with its links to Sidhu

Balbir Singh Rajewal also termed Sidhu as one of the biggest traitors of Punjab and called for his public boycott. Accusing the 36-year-old of misguiding protesters, Haryana BKU chief Gurnam Singh Chaduni said, “Sidhu led them to the Red Fort. The farmers never wanted to go there.” Ruling AAP in Delhi also questioned the connection between BJP and Sidhu, who photographs with BJP leaders including PM Narendra Modi have been circulating on social media.

“The BJP planted their stooge Deep Sidhu to create chaos in farmers’ tractor parade,” AAP spokesperson Raghav Chadha said. In various videos posted on social media, farmers can be seen chasing away Sidhu and roughing him up, accusing him of damaging the movement. In one Facebook video, he is seen alighting from a tractor and running away on a bike after being chased by some protesters.

While the BJP stayed silent on the allegations, its Gurdaspur MP Sunny Deol had already distanced himself from Sidhu in December. He was summoned by the National Investigation Agency two weeks ago in connection with a sedition case against US-based banned pro-Khalistan outfit, Sikhs For Justice.