Tourists get a glimpse of Jashpur’s traditions and culture in the fair, know what is history. 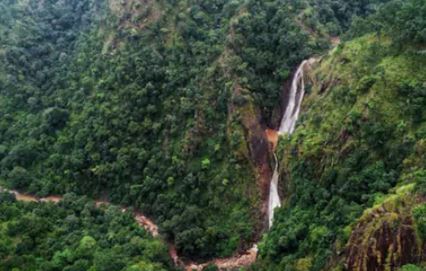 The beauty of Jotepur’s Cotebira Ab river fascinates tourists. There is a beautiful hill nearby. From a distance, this hill looks like an incomplete dam. According to local legends, it is believed that once a god appeared here and he liked this river very much. He tried to build a dam in one night to increase the beauty of this river, but this effort could not be completed and the dam remained incomplete. A grand fair is also organized every year near the river. In this fair, tourists can get a glimpse of the traditions and culture of Jashpur.

Kailash Cave: Kailash Cave is very beautiful located near Samarbar Sanskrit College. This college is the second college in the country and is located in the jungles. The Kailash cave has been built with great beauty by cutting the hills. There is a fresh water stream near the cave. Where tourists can quench their thirst. This cave is very popular among tourists. Tourists come here every day to see it.

Mahagirja Ghar Kunkuri: The second most important church in Asia is the Mahagirija Ghar located in Jashpur. Its construction started in 1962 AD and it was opened for devotees on 27 October 1979. Seven sacred signs of iron are also built in this church, which are very much liked by the tourists. The locals have great reverence for this church and they come here daily to worship. This church is very beautiful. Tourists come here to admire its beauty and capture its beautiful scenes in their cameras.

Danagri Waterfall: Danagri Waterfall is very beautiful located in the Jashpur forests. Tourists can see beautiful views of this waterfall during a walk of the forests. This waterfall is just two hours away from Jashpur. For the convenience of tourists, the airport has been constructed in Raipur, the capital of Chhattisgarh. Tourists can easily reach Jashpur 450 km away by buses and taxis.