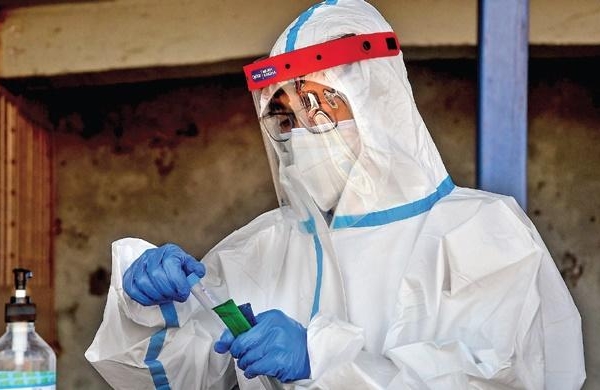 Express News Service
MUMBAI:  Goa is the only state in the country to have registered more than 50% positivity rate in the second coronavirus wave, overburdening the health infrastructure, and leading to the death of more than 2,000 people. The mortality in Goa is 1.49% against 1.54% in Maharashtra and 1.11% all-India average. The Bombay High Court of Goa has slammed the state government over Covid patients’ death due to lack of oxygen.

Digambar Kamat, former Goa CM and the leader of the Opposition, says the BJP-led government has lost the moral right to remain in power. He said the deaths occurred because the government was unable to arrange hospital beds, medical oxygen and other health facilities. “This is nothing but murdering the people. We kept demanding enforcement of a lockdown and mandatory RT-PCR tests for those who stepped out of their houses. But they kept ignoring us, which has resulted in 2,000 deaths,” said Kamat.

He said the government was on record having admitted that they failed to supply oxygen to patients, killing 75 people in just four days.  “We demand chief minister Pramod Sawant and his health minister Vishwajit Rane must step down,” Kamat said. Sumit Naik, a senior journalist from Goa, told this paper that the state government went horribly wrong on many fronts, starting from taking political decisions to ignoring warnings of health experts.

He said after the first wave, Goa rather than remaining on alert, opened all its doors to tourists. “The virus spread in such a huge manner that the state government looked helpless. The deaths due to lack of oxygen are unprecedented,” said Naik. “In the midst of the pandemic, the CM and the health minister were engaged in an internal political tussle,” he said.

The differences between Sawant and his health minister were on imposition of a lockdown and making the RT-PCR mandatory from outsiders. While the CM was more worried about the economy than the lives of the people, the health minister went in the opposite direction. “This changed the focus of the government. The government moved only when the people started posting pictures of the horrible conditions of Covid patients in hospitals,” Naik said.

In Goa, the number of Covid cases started rising from May 1. From 2,303 cases being registered, the count almost doubled to 4,100 on May 7.  On May 2, the positivity rate was 42 % with 52 deaths while on May 5 and May 6, the positivity rate went up to 51.6% and 51.5% respectively with 71 and 58 deaths respectively. Dr Shivanand Bhandekar, Dean of Goa Medical College, said the situation soon went out of hand as the Goa Medical College and Hospital received 900 patients against its capacity of only 350 beds.