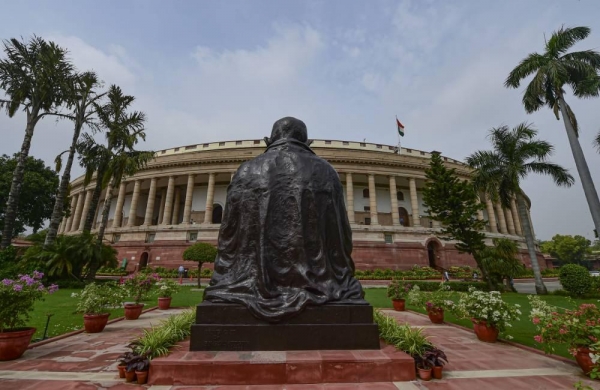 By Express News Service
NEW DELHI:  The ongoing monsoon session of Parliament was almost totally washed out for the second successive week amid vociferous protests by a united Opposition demanding discussion into the Pegasus snoopgate.

While the government introduced four bills on Friday and passed one quickly, complete paralysis of Parliament could be expected next week as well, as floor leaders of the Opposition unanimously decided to stay firm on their demands.

The Opposition wants a discussion on the snooping in the presence of Prime Minister Narendra Modi or Union home minister Amit Shah, besides a Supreme Court-monitored judicial probe, while the government is not ready to yield, claim as it does that new IT minister Ashwini Vaishnaw has already given a detailed statement on the floor of both Houses of Parliament.

A short duration discussion on Covid lined up in the Lok Sabha could not happen as the House was adjourned for the day. Voicing strong concern over the conduct of some MPs during protests in the Upper House, Rajya Sabha Chairman M Venkaiah Naidu said such conduct lowered the dignity and prestige of the House.

Amid the din in the LS, two bills — The Commission for Air Quality Management in National Capital Region and Adjoining Areas Bill, 2021 and the General Insurance Business (Nationalisation) Amendment Bill — were introduced. The Coconut Development Board (Amendment) Bill, 2021 was passed in the RS. Congress leader Adhir Ranjan Chowdhury said: “We want a discussion but the government does not intend to.”

Rahul hits out at govt Since it is refusing discussion on snoopgate, obviously the government has done something wrong, alleged Rahul Gandhi