Toothless Kerala Blasters will need time to settle in 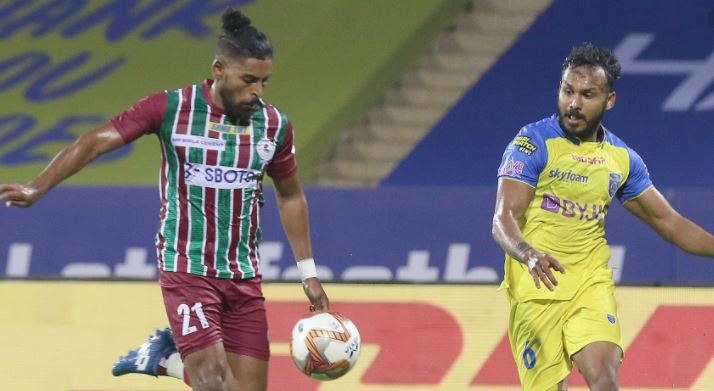 Kerala Blasters had 69.3 per cent possession of the ball in the first half against ATK Mohun Bagan in the Indian Super League (ISL) season opener on Friday. Compared to figures from the 2019-20 season, that is the highest figure by any ISL team. However, after 90 minutes, Blasters were on the losing side.

ATK Mohun Bagan looked more like ATK than Mohun Bagan in their first ISL match as Antonio Habas set them up to nullify the Blasters threat – and they did it really well.

Blasters started on the front foot. They worked the ball around really well and took control of the game early on. Their opponents were nonplussed for a bit in the first half as Vicente Gomez and Sergio Cidoncha took control of the midfield and picked out forward passes with ease. But once the possession entered the final third, there was no connection to new signing Gary Hooper who was left isolated up front right up until he was substituted in the second half. Sahal Abdul Samad, who had a free role behind Hooper, couldn’t facilitate the kind of transition that Kibu Vicuna wanted in his setup. The 23-year-old’s night went from bad to worse when he missed the easiest chance of the match from five yards in front of goal.