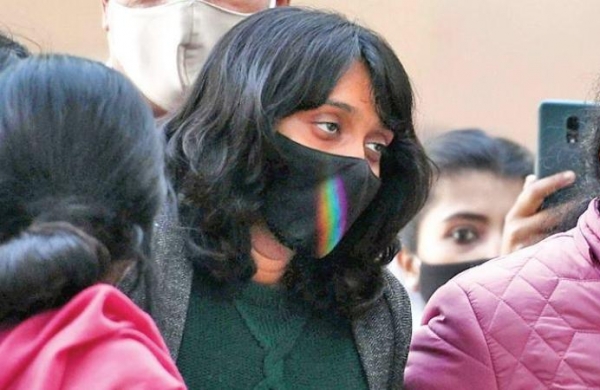 Express News Service
BENGALURU: Climate activist Disha Ravi will continue to stay in Delhi for the next two weeks. “Disha will be in Delhi for the next 15 days. She may be called by the Delhi police anytime for further questioning. She will be back only after that,” explained Prasanna R, one of Disha Ravi’s lawyer and family friend. Disha was charged with sedition after being arrested on February 13 in connection with a “toolkit” case relating to the farmers’ protest and was granted bail on Tuesday.

Prasanna said the legalities have been completed, but she may have to assist the Delhi police and also her legal team, and hence she has been asked to stay back. According to Prasanna, Disha has been strictly instructed not to speak to the media till the disposal of the case. “We don’t want any kind of complication and there are strict instructions from her lawyers that she should not speak to the media till the case is disposed of,” Prasanna added. Speaking to TNIE, Disha’s distraught mother Manjula said, “We will have to wait for another 15 days to meet her.

I am not very sure of what the actual reasons are, but we have been told that she will be back home only after two weeks.” Manjula is still anxious about her daughter, but says she is very proud of her daughter and that justice would be done to her. “My daughter has done no wrong, I know. Getting bail in this case itself proves it. I am sure all this will be over soon,” she said. After Disha’s arrest, many other climate activists have remained mum on the issue.

Speaking to TNIE , a young climate activist said, “Right now, we don’t want to speak anything. We feel that the police can come after any of us.” However, B T Venkatesh, senior advocate and founder of Reach- Lawyer, a network of human rights advocates, said, “Bail being granted to young activists like Disha and Noudeep Kaur shows that the government cannot silence dissent. Youngsters must definitely speak out and not fear anything or anyone. Revolution doesn’t happen when people are silent.”