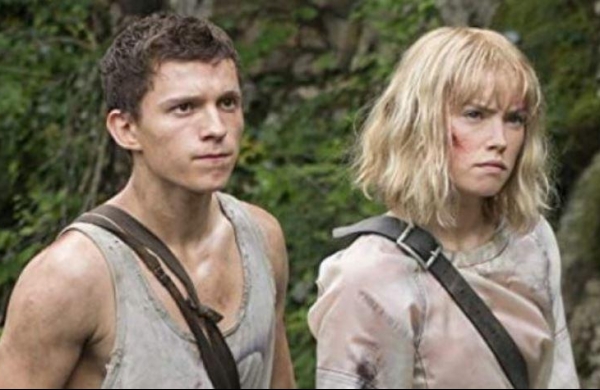 By PTI
MUMBAI: Lionsgate India on Wednesday announced that its latest sci-fi movie “Chaos Walking”, starring Tom Holland and Daisy Ridley in the lead, will release in India on March 4.

Based on author Patrick Ness’ sci-fi trilogy, the movie has been directed by filmmaker Doug Liman and also features Mads Mikkelsen and Nick Jonas.

The story is about a dystopian world where there are no women, and all living creatures can hear each other’s thoughts in a stream of images, words, and sounds called Noise.

“In the not-too-distant future, Todd Hewitt (Holland) discovers Viola (Ridley), a mysterious girl who crash lands on his planet, where all the women have disappeared, and the men are afflicted by ‘The Noise’ — a force that puts all their thoughts on display.

“In this dangerous landscape, Viola’s life is threatened — and as Todd vows to protect her, he will have to discover his own inner power and unlock the planet’s dark secrets,” the official plotline read.

Lionsgate is bringing the movie to India in collaboration with Cinepolis India and Pen Marudhar.

“We are thrilled to announce and take our first film to the theatre after a long wait.

There is nothing better than watching a sci-fi action-adventure movie on a big screen.

“We have taken all precautionary measure for screening ‘Chaos Walking’ our first theatrical release of the year 2021 with Cinepolis India and Pen Marudhar,” Amit Dhanuka, Executive Vice President at Lionsgate, said in a statement.