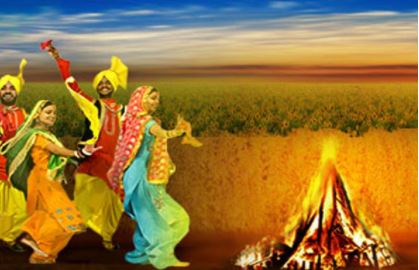 Lohri festival celebrated in Punjab and Haryana with great pomp is today i.e. on Wednesday. This festival is celebrated on the day before Makar Sankranti. Lohri is one of the most popular festivals celebrated on behalf of people of Sikhism as well as Hinduism. Lohri is also considered a symbol of the end of winter season. It is believed that Lohri day is the longest last night of the year and the day starts gradually from the next day. Lohri is celebrated with the joy of the arrival of a new crop and before the preparation of the next sowing. This festival is dedicated to the Krishi. It is said that during the time of Lohri, the fields of the farmers start swaying and the Rabi crop comes. At Lohri, the farmers sing and dance around the fire and the fire is also offered grains from the crop.