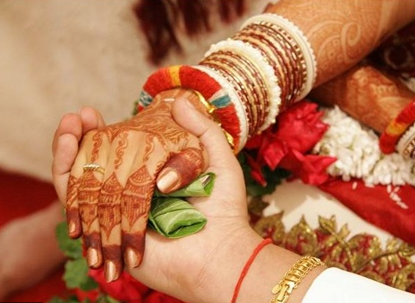 Today, under the Mukhyamantri Kanya Vivah Yojana, 3 thousand 300 couples will be tied together in 22 districts of Chhattisgarh. Keeping in mind the danger of corona infection, the Department of Women and Child Development has organized mass marriages at different places in 22 districts. Members of the cabinet, MPs, MLAs and several public representatives including Chief Minister Bhupesh Baghel will attend the Chief Minister’s Kanya Vivah organized at the Sardar Balveer Singh Juneja Indoor Stadium complex near Budha Talab in Raipur and will give online blessings to the new couples from all the districts. In organizing mass marriages, instructions have been given to follow the guidelines issued for prevention of corona infection.
On this occasion there will be a confluence of different religions Hindu, Muslim and Christian and they will be married according to the religious rituals of the bride and groom. In the capital Raipur, 3 Christian, 1 Muslim, 236 Hindu literature 240 couples will be married with their own customs. The state government will bear the entire cost of marriage under Chief Minister Kanya Vivah with an aim to alleviate the worry of marriage of daughters of poor families and reduce wasteful expenditure at weddings through mass marriages.
Seeing that there is no shortage in the marriage of daughters, the state government has increased the amount given under the scheme from 15 thousand to 25 thousand. Now the department will spend up to 25 thousand rupees per pair. Out of this, material up to Rs 20 thousand is provided to the bride and groom and the remaining Rs 5 thousand per couple is spent in various events of marital programs.