To give life to the farmers for justice, self-respect and self-reliance Mr. Bhupesh Baghel 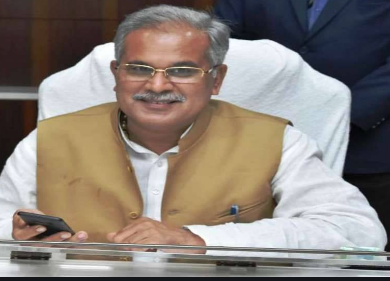 In the 11th episode of his radio talk Lokvani, Chief Minister Shri Bhupesh Baghel gave his views on the topic “Nava Chhattisgarh: Hamar Vikas-Mor Kahani”. The Chief Minister said that it is the goal of the state government to give life to the farmers for justice, self-respect and self-reliance. For this, the state government implemented schemes like paddy price of Rs 2500 quintal, agricultural loan waiver, irrigation tax waiver, concessional power, free electricity for SC / ST farmers for farming, so that the smile on the face of the farmers returned. In a radio talk, Mr. Baghel gave detailed information about the schemes implemented by the new government for education, health, increase in income of villagers and farmers, promotion of Chhattisgarhi culture. Radio listeners in Lokvani freely appreciated the plans of the state government. The state government’s ‘Chief Minister Special Health Assistance Scheme’ for the poor and middle class families is proving to be a Sanjeevani boot. Mr. Rajendra Kumar Soni of Tifra, Bilaspur told through Lokvani that his 8-year-old son Kunal Soni received Rs 20 lakh assistance from the ‘Chief Minister Special Health Assistance Scheme’ for the treatment of blood cancer. Due to which his son’s bone marrow has been transplanted. Similarly, Shri Ajit Kumar Jangde of Bethia village of Jaijpur, Tehsil of District Janjgir-Champa, told that his 14-year-old son, Lucky Jangde, has developed a disease named Major thalassemia. With the help of 14 lakh rupees received from this scheme, his son’s bone marrow has been transplanted. Mr. Soni and Mr. Jangade treated their son in CMC Hospital Vellore. Both of them thanked the Chief Minister for the help he received from the ‘Chief Minister Special Health Assistance Scheme’.