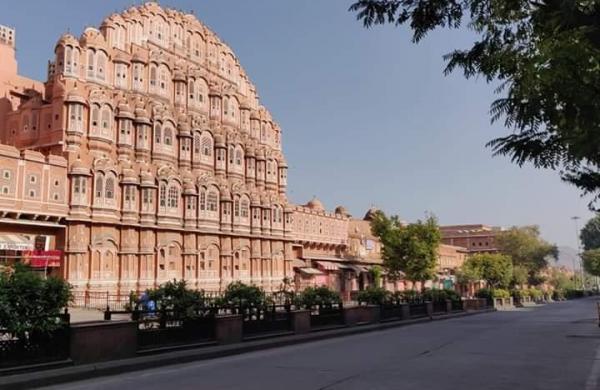 According to a new scheme of the Gehlot government, people keen to get pictures clicked at the historical sites in Jaipur will be provided exclusive and private access for a price.

This is a novel bid to generate revenue from the monuments and museums that have made Rajasthan one of India’s top tourist attractions. The tourism industry in the state, which employs nearly 15% of people in the state, has been crippled by the Covid pandemic. But under the new scheme of the Archaeology and Museum Department, the government is planning to offer Jaipur’s monuments and museums for pre and post-wedding shoots.

To begin with, this new policy will be implemented in Jaipur. Besides the famous Hawa Mahal, people can also book the Amber Palace, Albert Hall, Jantar Mantar, Nahargarh, Vidhyadhar Ka Bagh, Sisodia Rani Ka Bagh, and Isarlat for their shoots.

Most officials affirm that shoots of this kind used to take place in monuments even earlier but there was no policy about them. Now, the department saw it as an opportunity to revive and encourage tourism in the city.

Mugdha Sinha, Secretary, Art, Literature, Culture, and Archaeology Department, said, “The issue of such shoots was not institutionalized earlier. We have observed that people want to be a part of pre-and post-wedding shoots and many want to shoot exclusive pictures without the crowd because it’s a special moment for them. This new policy will add to experiential tourism for the public as it becomes an unforgettable moment of their life.”

According to the notification, people undergoing shoots in such places will have to follow all the guidelines listed and will have to ensure that no antiques are damaged. In addition, they have been advised not to engage in acts/poses during the shoot that “may hurt the sentiments of the public.

One of Jaipur’s well-known wedding photographers Anudeep Mathur said, “This is a very welcome move and could help to boost tourism. For good light, we need early morning or evening shoots which are before and after office hours. I find that rates are a bit too high and the government should reduce them to make it affordable to attract more photographers who are looking for grand locations.”