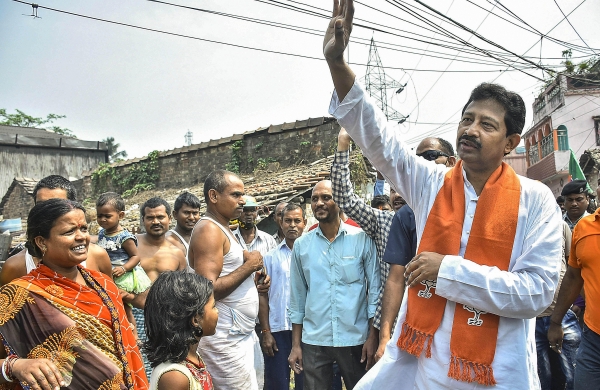 By PTI
HOWRAH: Former Bengal minister and BJP’s assembly poll candidate from Domjur, Rajib Banerjee, was on Sunday shown black flags by TMC supporters in the constituency, when he was out campaigning from door to door with other activists of his party, police sources said.

Several agitators, holding posters that referred to Banerjee as a “traitor”, also blocked his way and raised slogans against him, prompting the police to mildly lathicharge them, the sources said.

The BJP nominee, on his part, said the “TMC workers had hurled stones at saffron party activists”.

Banerjee, a former minister in the Mamata Banerjee cabinet, quit the TMC in January to join the BJP.