TMC MP Santanu Sen thanks BJP for suspending him 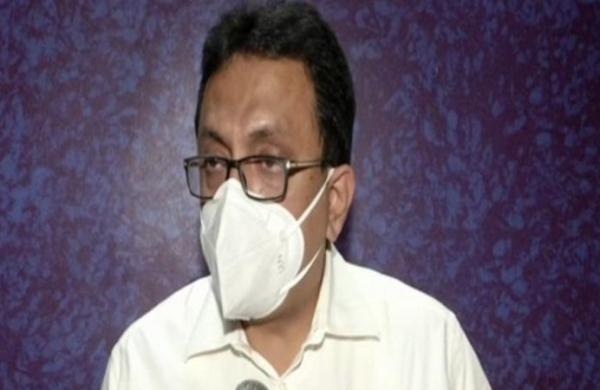 By PTI
KOLKATA: Trinamool Congress MP Santanu Sen on Friday thanked the BJP-led government at the Centre for suspending him from Parliament in an unparliamentary way but asserted that his voice cannot be stifled by such tactics.

Sen was on Friday suspended from the Rajya Sabha for the remaining period of the Monsoon session for snatching and tearing the statement of IT Minister Ashwini Vaishnaw on the Pegasus row, as Upper House Chairman M Venkaiah Naidu dubbed his action an “assault on the country’s parliamentary democracy.”

The BJP’s West Bengal unit claimed that the conduct of TMC MPs has maligned the image of the state.

The TMC leader’s suspension came after a motion moved by the government was passed in the House with a voice vote.

Thanks to @narendramodi and @BJP4India Govt again for suspending me from #Parliament in the most unparliamentary way. But be sure that voice of protest @MamataOfficial ji and @AITCofficial can’t be stopped. #BharatiyaJasoosParty Minister @HardeepSPuri might be rewarded for hooliganism, Sen tweeted.

Sen had snatched papers from Vaishnaw in the Rajya Sabha on Thursday, tore and flung them at the Chair, as the Pegasus snooping row turned ugly.

The TMC MP later accused Union minister Hardeep Puri of verbally threatening and abusing him inside the House after it was adjourned.

While reacting to the development, West Bengal BJP president and MP Dilip Ghosh alleged that TMC MPs through their theatrics are maligning the image of the state.