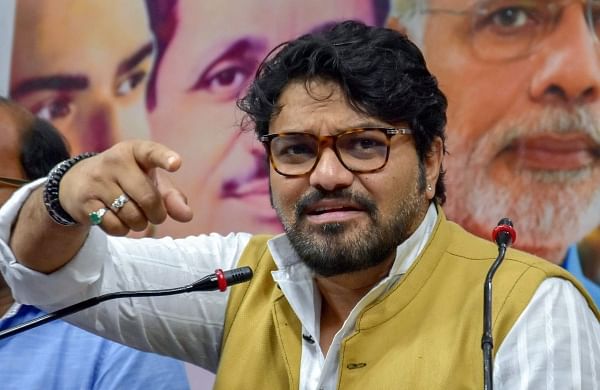 By PTI
KOLKATA: With BJP leader Babul Supriyo making a U-turn on his decision to quit as an MP, the Trinamool Congress mocked him for allegedly enacting a “well-scripted drama” to score brownie points in the saffron party after he was dropped from the union cabinet in the last reshuffle.

The BJP’s West Bengal leadership, however, maintained a stoic silence on the development.

The singer-turned-politician had announced in a social media post on Saturday that he would quit as an MP and active politics.

However, after meeting BJP president J P Nadda in Delhi on Monday, the Asansol MP said he will continue to discharge his constitutional responsibilities as a parliamentarian but withdraw from politics and leave his official residence in the national capital.

His decision will be a big relief to the BJP as it would not have liked to be forced to contest a by-poll against the TMC, which is upbeat after handing a comprehensive defeat to the saffron party in the assembly election held earlier this year.

TMC state general secretary Kunal Ghosh said that Supriyo has been enacting a drama from the very beginning as he was dropped from the ministry.

“If he was so keen on resigning, he should have sent his resignation letter to the Lok Sabha Speaker. Instead, he was indulging in tricks. We knew he would make a U-turn sooner than later,” Ghosh said.

“Babul Supriyo is an MP and he has met the party president. So, it is for the central leadership to comment on it, not the state leadership,” state BJP spokesperson Shamik Bhattacharya said.

Both Supriyo and Debasree Chaudhuri, MPs from Bengal, were dropped as ministers in the July cabinet reshuffle.

Upset at being dropped from the Union Council of Ministers, Supriyo, a two-term MP, on Saturday announced that he would resign as MP and quit politics.

On Monday, he told reporters that Home Minister Amit Shah and Nadda had spoken to him, and he has taken a final decision after thinking over their suggestions.