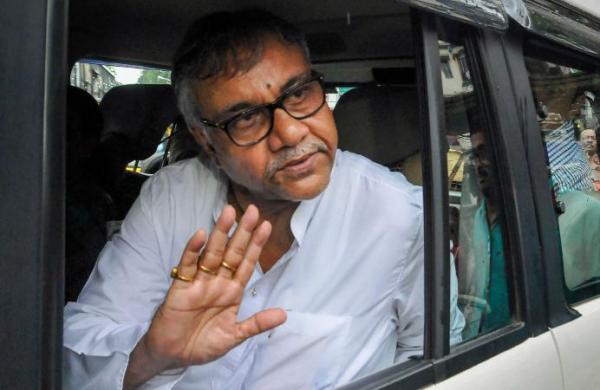 By PTI
KOLKATA: Accusing the Congress of “muddling” the state’s political scenario with its anti-Mamata Banerjee campaigns, the TMC on Saturday held the grand old party responsible for the rise of communal forces, such as the BJP, in West Bengal.

State minister and TMC MLA Tapas Roy, during a press meet here, also claimed that the Congress failed as a party at the Centre, as a result of which “this divisive force (BJP) took centre stage in the country”.

Sharpening his attack on the saffron party, Roy alleged that the BJP was trying to disparage the inclusive nature of the state, and its history.

“By eulogising Veer Savarkar in Netaji’s Bengal, the saffron camp is distorting the culture of the state,” the legislator claimed.

Asserting that the saffron camp’s dream to turn West Bengal into Gujarat will come to nought, he said the way BJP leaders have been hurting the ‘asmita’ (self pride) of the state’s 10 crore people with their statements, there is room for little doubt that they would face a “humiliating defeat” in the upcoming Assembly polls.

“Your (BJP’s) dreams to turn Bengal into Gujarat will never be realised. The party’s central leaders are coming here from Gujarat, while state leaders are talking of building ‘Sonar Bangla’ (golden Bangla) by taking cues from the western state. Which Gujarat are you referring to? Is it the one where 2,000 people were slaughtered in three days some years ago?” Roy quipped.

Drawing parallels between the two states, the Baranagar MLA, quoting recent national crime data, said that for every one lakh people, 32 crimes occur in Kolkata against 54 in Ahmedabad.

“There are 98,000 schools in Bengal against 55,000 schools in Gujarat. Female literacy in rural Bengal stands at 73 per cent, while in Gujarat it has reached 68 per cent. BJP central leaders from Gujarat don’t have the right to draw comparisons between the two states.

“Also, take note of the fact that almost all heavyweight bank defaulters are from Gujarat,” Roy added. Asked about senior TMC leader Satabdi Roy, who had voiced her discontent about the party on Friday, the minister made light of the matter, and said, “She is an asset to the party.

She has always been loyal to party supremo Mamata Banerjee.