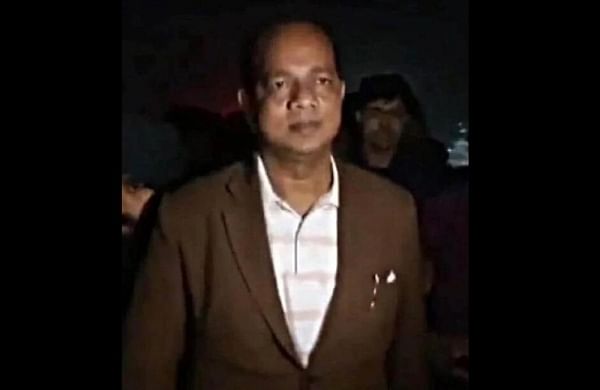 BEHRAMPUR: Trinamool Congress MLA Jakir Hossain had a close shave on Tuesday when two of the vehicles of his convoy were hit by a mini truck in West Bengal’s Murshidabad district, a police officer said.

Five people – three policemen who were part of the former minister’s security team and the mini truck driver and his assistant – were injured in the accident that occurred in Talai More area.

Hossain, who had been gravely injured in a bomb blast in a railway station in the district in February last year, alleged that there is a conspiracy behind the accient.

“The MLA was travelling from Jangipur to his home this afternoon when a mini truck hit two vehicles including a pilot car.

Both the vehicles were badly damaged.

The MLA is unhurt,” the officer told PTI over the phone from Behrampur, the district headquarters.

Three policemen, the driver of the mini truck and his assistant were injured in the accident and were hospitalised.

When contacted, Hossain said he demands a proper investigation into the matter.

“I think there is some kind of conspiracy behind this.

It happened days after one policeman was removed from my security team,” the former of state for labour said.

Hossain and 22 others were seriously injured when a bomb, kept inside a bag, exploded at Nimtita railway station on the night of February 17 last year when he was waiting on a platform to board a train.