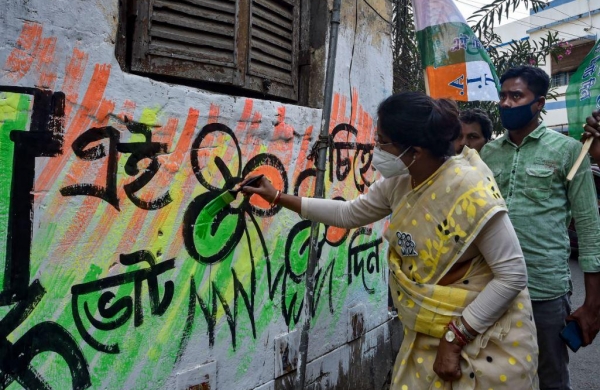 By PTI
KOLKATA: Trinamool Congress and Left candidates kick-started their campaigns for the West Bengal elections on Saturday.

While the TMC announced the list of candidates for 291 seats on Friday, the Left named nominees for 39 seats that are going to polls in the first phase.

The party’s Jadavpur candidate Debabrata Majumdar also visited the voters in the area.

Ratna, who has been fielded by the TMC from the constituency of her estranged husband and BJP leader Sovan Chatterjee, began her campaigning by offering puja at her Parnasree home.

“I will give my best efforts to win this seat. We all are working to make Mamata Banerjee our chief minister for the third time,” she said.

Exuding confidence, TMC’s Labhpur candidate Abhijit Singha said it appeared that there was no opponent against him.

“Last time, the party won by a margin of around 4,500 votes. Lets see what happens this time,” the leader from Birbhum said.

West Bengal will be voting in eight phases, beginning on March 27.