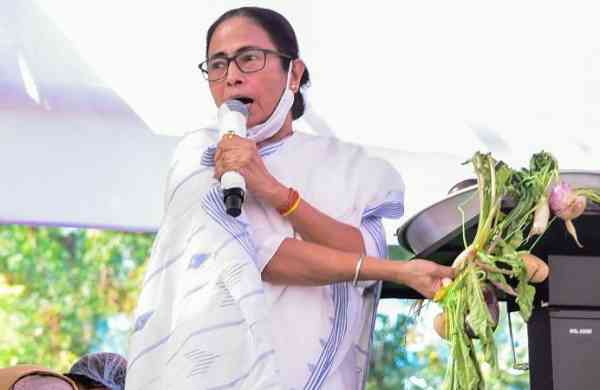 Express News Service
KOLKATA: After more than a lakh people downloaded and accessed Trinamool Congress’s app titled ‘Didir Doot’ (Didi’s messenger) in past one week, the ruling party flagged off a vehicle under the same banner on Saturday. The move is said to be Mamata Banerjee’s counter initiative to blunt the impact of BJP’s Rathyatra event under the banner of Parivartan Yatra across the state.

The vehicle will travel all 23 districts across the state and district level functionaries will play the role of Didi’s messengers in their respective districts.

“Didir Doot application, which was launched on February 4, has been installed by more than a lakh users in just eight days. Didir Doot is a first-of-its-kind mobile application designed for the people of West Bengal to directly connect with Didi (Mamata Banerjee) and contribute to achieving her mission and vision for the state,” TMC said in a statement.

A leader of the ruling party said through the application, the user can directly connect with Bengal CM via streaming and video conferencing. “The people can stay updated with the chief minister’s initiatives, recent events, and progress. Users can be updated with the latest development across the state through news feeds, photos, videos, and infographics,” he said.

The vehicle under the banner of ‘Didir Doot’ will not only be an outreach drive but also an initiative to showcase the state government’s slew of projects and development works carried out during the regime of Mamata Banerjee.

“BJP’s rath yatra is a drive to mislead the people of Bengal. The application was launched to counter the saffron camp’s propaganda on social media platforms and the vehicle under the same banner will perform the same act in ground reality. Our district level functionaries will travel in their areas and reach out to the masses. They will also take down the grievances and suggestions by the common people,” said another TMC leader.

The slugfest in the cyber world and reality is becoming intensified day by day ahead of the upcoming Assembly elections. Union Home minister Amit Shah, during his visit to the state on February 11, instructed the workers of the party’s cyber cell to spread at least 50 lakh content per hour on the party’s social media platforms.