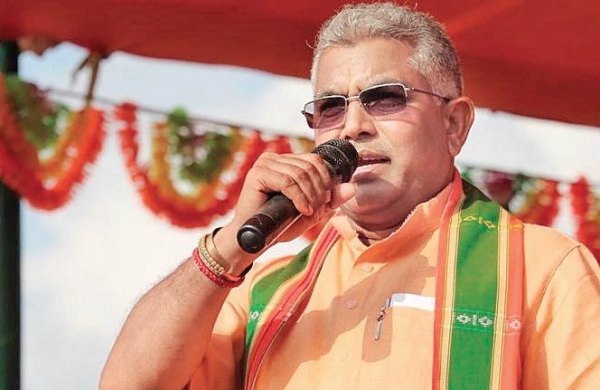 Speaking at a public meeting in Howrah, Ghosh said the TMC had been pursuing “politics of appeasement”, but the party did nothing to uplift the financial status of Muslims.

“If the TMC has so much love for the Muslims, why are they so poor? The Sachar Committee had said Muslims of Bengal are very poor,” he stated.

Ghosh said Prime Minister Narendra Modi’s gesture to provide food grains to all amid the COVID-19 pandemic was meant to benefit all, irrespective of their religious beliefs.

“In West Bengal, Muslims are saddled with police cases for various crimes such as cattle smuggling,” the senior BJP leader said.

He alleged that foodgrains sent to West Bengal by the Centre have been siphoned off to Bangladesh.

“Today, Muslims in Bengal have realised (TMC’s intentions) and are ready to secure their rights.

If Hyderabad-based AIMIM wants to contest the assembly polls here, then why is Didi (Mamata Banerjee) unnerved? If the AIMIM wants to establish its presence here, it should.” the saffron party leader added.

Ghosh further asserted that the BJP will never walk the path of appeasement.

“If you all think that the BJP works for people, then vote for us,” he said.

The state BJP chief also said that all those who want to join the saffron party would be accommodated.

“We need a large number of workers to build ‘Sonar Bangla’ (golden Bengal),” he added.

Referring to Mamata Banerjee’s jibe that BJP leaders are “outsiders”, Ghosh said there are numerous people from Bengal who are working outside the state.

“If these people are termed outsiders and driven out from their places of work, will Didi be able to provide jobs to them? Business entities owned by the Goenkas, Birlas and Jindals are providing jobs to thousands of people here, are they outsiders?” he added.