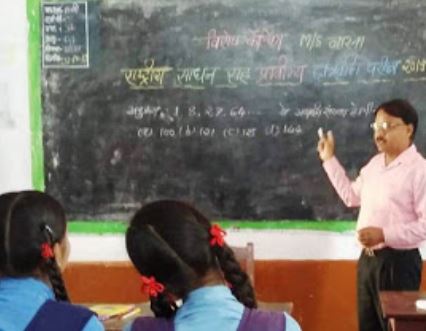 The first, second and third higher time-scale pay scale order of the teacher cadre has been issued by the District Education Officer, in which the approval of the teacher cadre (E&T) of the district is currently 78. Out of these, 190 are being given its benefit in the past, thus a total of 268 teachers are being given time scale. District Education Officer informed that after prior and current approval, the benefit of the first time scale of teachers (E. Cadre) has been provided to 158, second to current 06 and third to 34. Similarly, first time pay scale is being given from teacher (T. Cadre) to 38, second to 16, third to 14 and PTI (E. Cadre) 02 to first time pay scale. He informed that at present 268 teachers are being given the benefit of this, after the acceptance of time scale pay scale.