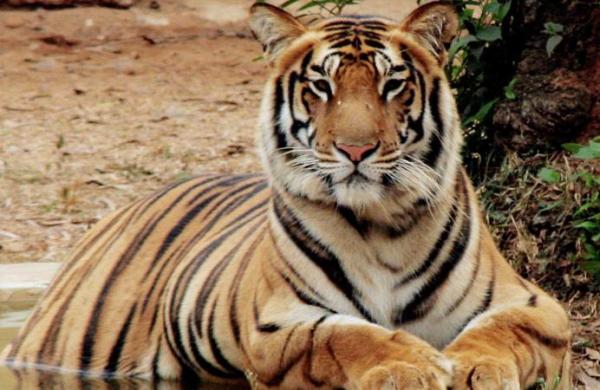 By PTI
SEONI: A decomposed carcass of a tiger was found in a forest in Madhya Pradesh’s Seoni district on Saturday and two persons have been detained in connection to the death, a forest official said.

The five-day-old carcass was found in a pit in the forest of Gorakhpur area in the morning hours, divisional forest officer (DFO) Surendra Kumar Tiwari said.

Prima facie, it appears that the eight-year-old feline may have died due to electrocution after coming in contact with wires laid in the area, the official said.

There is also evidence that the dead animal was dragged for about 50 metre and thrown into the pit, he said.

With the help of a dog squad of Pench Tiger Reserve, the forest team found wires and other materials in the area, the DFO said.

Two men have been detained for their suspected involvement in the death and further probe is underway, he said.

Following post-mortem, the carcass was disposed of as per guidelines of the National Tiger Conservation Authority (NTCA).