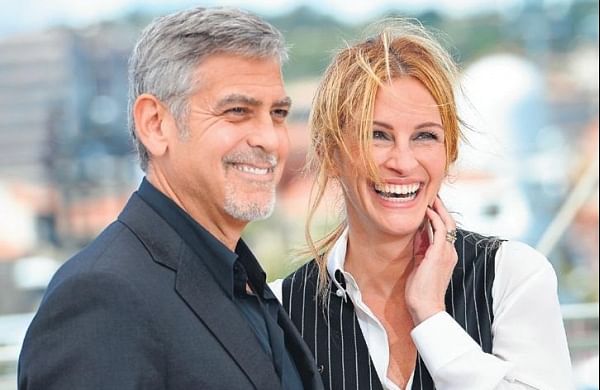 According to sources close to the film, George Clooney and Julia Roberts-starrer Ticket To Paradise has halted filming in Australia. It is said to be due to a serious outbreak of Covid cases in Queensland state. It is also reported that both the actors have hence flown back to the US.

Ticket to Paradise is directed by Mamma Mia fame Ol Parker and it is about two parents, who are divorced. They rush to Bali to stop their daughter from consenting to an unwise marriage, very much like their own. Whitsunday Islands in Australia is to be used as a stand-in for Bali, and other locations where filming is said to take place includes Brisbane and Gold Coast.

The film is reportedly just two weeks from completion but according to local reports, the crew may not be able to roll the camera again for three months. It is also speculated that the three-month halt will further delay the release of the film. Universal, had initially slated the film to be released in September; however, they had postponed it to October 21. Ticket to Paradise is produced through the UK-based company Working Title, Roberts’ Red Om Films and Clooney’s Smokehouse Pictures.