Three-tier Panchayat general-bye election: Liquor shops will remain closed from two days before the polling date till the date of polling 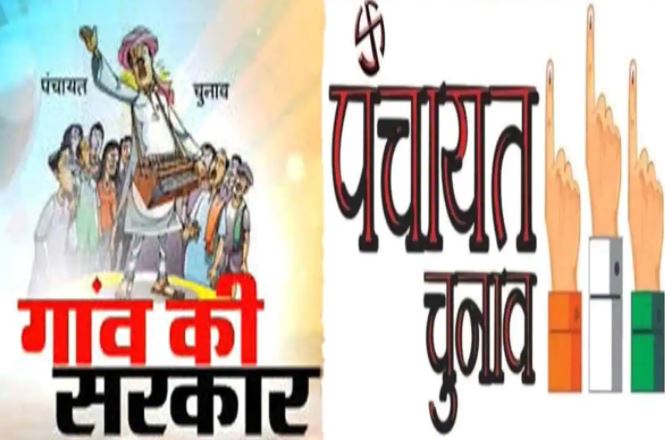 The only three marks of life are bread, cloth and house. This is not only a song but also a reality. Most of the time of people’s life is spent in solving these three problems only. Building a house in all these three things is no less than a big dream. In urban areas, buying land to build a house is also a big deal, and even bigger thing is to build one’s own house on the land. Keeping in mind the difficulties being faced in building houses, the Government of Chhattisgarh has prepared new software to pass new maps for houses within just one second according to the sentiments of the people. Continuously for the people living in urban areas. Civil facilities are being increased. In this episode, the new year brought good news for the people who wanted new accommodation in the cities. On the initiative of Chief Minister Bhupesh Baghel, now a direct building permit system has been issued in the municipal areas of the state. In this new system, building permission is being given in just one second through software. Any citizen can upload the map of his new house in this software through computer from his place of residence to make his house. Immediately after the maps are uploaded, the software tests the maps and generates building permits immediately. For this, only one rupee is being charged. With this new facility started by the Government of Chhattisgarh, people of the urban area will not have to face difficulties like before in fulfilling the dream of building their own house. Earlier, a complicated process was adopted to pass the maps. Due to this people had to face double whammy of difficulties. People say that if the land is taken in the urban area by arranging money somehow, then passing the map was also a problem. Now they have got rid of this problem. With this new initiative of the Government of Chhattisgarh, building permission is being given in land up to 500 square meters (5382 square feet) in just one click. Due to the use of modern information technology in granting building permits, there was no interference of the people in this. This is a great example of transparency in government work. Passing the maps for building a house is no longer a problem, nor is there a need to visit government offices in this regard. A separate dashboard has been made for the engineer, in which information about the approval of the applications received daily and the pending cases will be available. There is a provision for 100 percent audit of the demand of the document and every case of cancellation of the building permit from the body to the state level through SMS and high level review. In this system, citizens have been trusted and permission is being issued only on the basis of documents and affidavits given by the applicant. In order to take advantage of this service, the common citizens have been appealed to get building permission only on the basis of correct information. Under the leadership of Chief Minister Shri Bhupesh Baghel, many policy decisions have been taken for the progressive development and economic empowerment of the people of the state in the last three years. have taken. Many achievements have been made in the development of villages and cities. In this period, along with many policy decisions in the public interest, the government has given many exemptions and concessions to the poor and middle classes. Many decisions have been taken to keep the economy of Chhattisgarh moving. This has given a lot of convenience to the poor and middle classes in making their homes, while many new provisions have also been made by the state government to promote real estate business. Online registration facility, approval is being given for real estate projects within the stipulated time period. The guideline rates of properties were reduced by 30 percent. The process of land conversion and diversion has now been made easier than before. Women have been given one percent rebate in registration fee of plots and houses. Single window system has been implemented along with modern facilities, online registration and stamping in the registration offices. The facility of online registration of cases has been started in the digitization revenue courts for the maintenance of land related documents. Since January 1, 2019, the documents of purchase and sale of more than two lakh 75 thousand small plots have been registered in the Registration Department. The 30 percent reduction in the rates of guideline determining the market value of documents has been kept the same for the year 2020-21 and 2021-22 from July 25, 2019. It has become easier for the middle class to buy land and houses. From August, 2019, the concession of 2 percent in the rate of registration fee has been extended for the years 2020-21 and 2021-22 on the sale deeds of houses and buildings up to 75 lakhs. The settlement of encroached land in urban areas is being done by the state government. Such persons who are encroaching on government land and using it for residential or business, they can apply for land owner title under the guide line of the government. It is worth mentioning that under the management of encroached land in urban areas by the Chhattisgarh government, the district collector has been given the right to allot 7500 square feet of land. Like this:Like Loading… Continue Reading