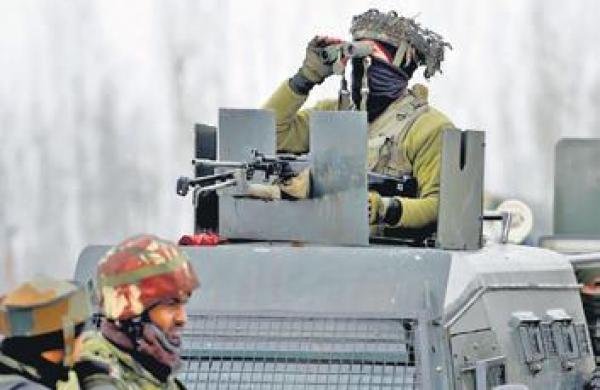 Express News Service
SRINAGAR:  Three militants of Hizbul Mujahideen were killed in encounter with security forces in Tral area in south Kashmir’s Pulwama district in Jammu and Kashmir on Friday. It was the first encounter of the year. Inspector General of Police (IGP) Kashmir Vijay Kumar said police received information about presence of militants at Mandoora of Tral on Thursday.

A contingent of police, CRPF and army laid siege around the village on Friday. By afternoon, the security forces launched a search operation in the village and came to know that three militants were hiding in a residential house.

According to the IGP, the militants present inside the house as per SOP were repeatedly asked to surrender and lay down weapons. “However, militants instead of surrendering lobbed grenades and fired on the troops”.The fire was returned by the troops, triggering an encounter.

In the ensuing firefight, IGP said, three Hizb militants were killed. The deceased militants were identified as Arif Bashir, Waris Hassan and Syed Asif-ul-Haq. “An AK-47 rifle, two pistols and four grenades were recovered from the encounter site”. Arif and Asif had joined militancy on January 1 this year while Waris had joined Hizb in August last year.  According to IGP, Arif was involved in January 2 grenade attack on SSB at Tral in Pulwama in which nine people were injured.