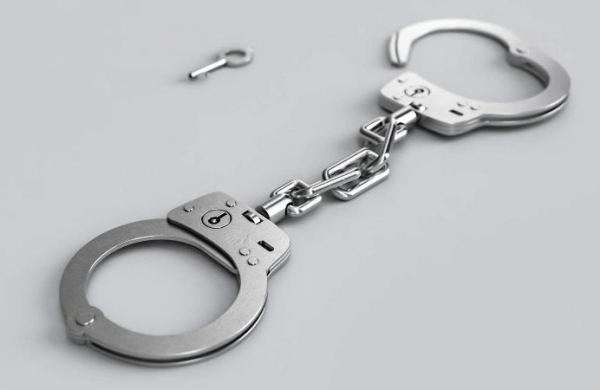 By Express News Service
BHOPAL: Residents of crowded Dana Oli locality in Gwalior city of Madhya Pradesh woke up on Thursday to a real-life crime thriller, as three inter-state criminals were arrested after an hour and half joint operation of MP and UP police.

The three criminals, who were arrested with three single-shot country-made guns and 25 live cartridges, were holed up in a house in the lanes of Dana Oli area’s Jamunalal Market. The house owner’s son was lodged with one of the three criminals in the past at Dabra jail in Gwalior, owing to which they used the house as a safe hideout.

The trio was involved in a recent loot case in Shivpuri Bazar area of adjoining Jhansi district of UP. One of their aides had revealed to Jhansi district police about the hideout of the three criminals on the run.

“A team from our local police station went with the Jhansi police team to the spot in the crowded area at around 9.05 am. But all three criminals started brandishing their weapons and training the guns at the police. Soon, more police personnel and senior police officers were sent to the spot,” Gwalior district police superintendent Amit Sanghi told The New Indian Express.

Seeing the police numbers increase outside, the three gunmen shut themselves in the house and started training guns at the cops to get a safe passage out from the area. Coming to know about the situation, the SP-Gwalior Amit Sanghi himself reached the spot and asked the trio to surrender.

Seeing their hideout being surrounded by police and no safe passage to escape, the armed trio demanded that media personnel be brought to the place for their surrender. But even after the media teams reached the spot, the trio didn’t come out, after which the police fired tear gas shell into the house, which forced one of the criminals to come out and surrender before the police.

However, the remaining two were not ready to surrender even after an hour. The police shifted residents of adjoining houses to safer places and warned them of grenade attack if they attempt to resist arrest any further.

The warning worked for the police as it subsequently got the two out from the house.  The three arrested men have been identified as 30-year-old Laljit Yadav, a native of Azamgarh district of UP who carried Rs 25,000 reward, 26-year-old Saddam Khan who hailed from Datia district of MP and 20-year-old Pawan Parmar from Rajasthan’s Dholpur district.

“The entire operation continued for an hour and half, after which all the three armed men were arrested. Had these men not been traced and arrested, they could have committed some big crime in the crowded area, which also houses the jewellery market,” SP Gwalior Amit Sanghi said.