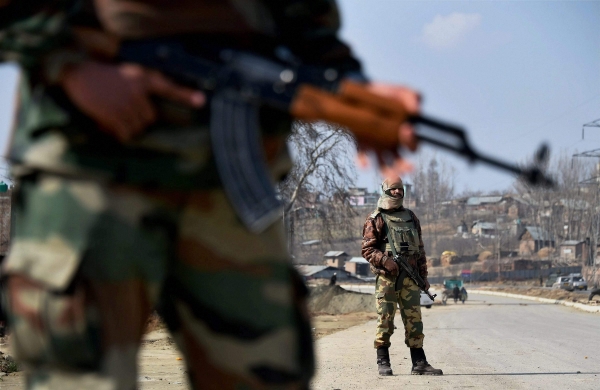 By PTI
SRINAGAR: Three Hizbul Mujahideen terrorists were on Friday killed in an encounter with security forces in the Tral area of Jammu and Kashmir’s Pulwama district where another gunbattle was underway, police said.

Security forces launched a cordon and search operation at Mandoora in the Tral area following information about the presence of terrorists there, they said.

An encounter broke out after terrorists opened fire on the security forces, who retailed and killed three ultras in swift action, police said.

The slain terrorists were identified as Waris Hassan, Aarif Bashir and Ahtishamul Haq.

They were affiliated with proscribed Hizbul Mujahideen outfit, the police said.

The trio was allegedly involved in several terror crimes, including a grenade attack in Tral bus stand area on January 2 this year.

Another encounter broke out between terrorists and security forces in the Lelhaar area of Pulwama district after security forces launched a cordon and search operation, a police official said.

The exchange of firing between the two sides was going on intermittently, he said.