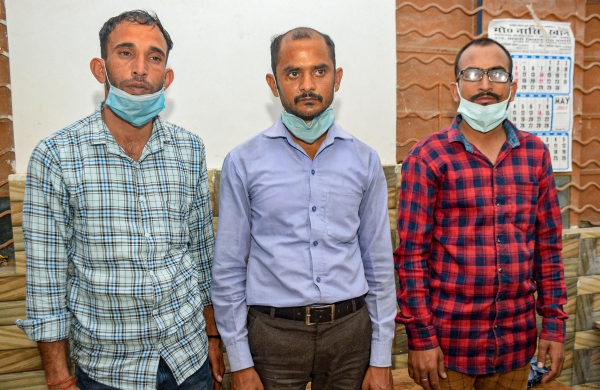 A total of 265 Remdesivir injections, used in the treatment of COVID-19, were seized from their possession, a senior UP Police Special Task Force official said.

The injections were meant for back marketing, he added.

The three persons were arrested on Thursday in a joint operation by the Kanpur Police and the STF after a tip-off regarding black marketing of Remdesivir injections, the official said.

As per details, the Remdesivir injections were to be sold to someone at a very high price in Kidwai Nagar, the STF said in a statement.

The arrested persons were identified as medical representatives Prashant Shukla and Mohan Soni, residents of Naubasta, and Sachin Kumar of Haryana.

Deputy Commissioner of Police, Kanpur south, Raveena Tyagi said the batch number on the vials was found to be missing.

The arrested persons failed to produce the bill of the vials, she added.

Mobile phones of the arrested persons have been seized to scan call details to unearth the scam, Tyagi said.

An FIR has been registered at Babupurwa police station in this connection, the DCP said.