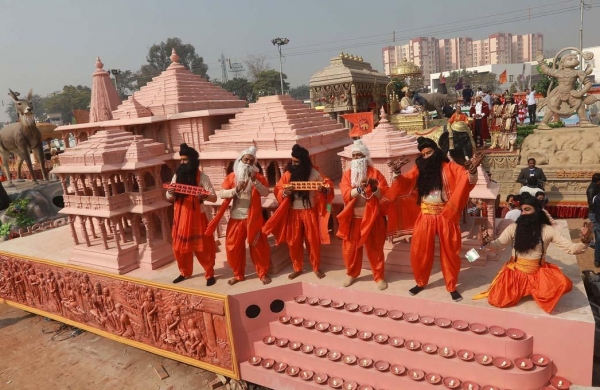 By PTI
BULANDSHAHR: Three men including a printing press owner have been booked for allegedly duping people on the pretext of raising funds for the Ram temple construction in Ayodhya against forged donation receipts, police said on Thursday.

Bulandshahr’s Senior Superintendent of Police Santosh Kumar Singh said the racket came to the light after a bookbinder reported to the police that he had received several bundles of receipts for raising contributory funds for the construction of the Ram Temple for binding.

He also told police that he suspected the receipts, printed in a city printing press, were fake and had been printed without authorisation, said he SSP.

On the bookbinder’s complaint, police probed the matter and came to that the printing order had been given by two Khurja residents, Deepak Thakur and his relative Rahul, who were arrested.

Police are also looking for the printing press owner, Ekhlaq Khan, who is presently absconding, the SSP said, adding he too would be arrested soon.