Three attacks in 20 days, no end of violence in Srinagar 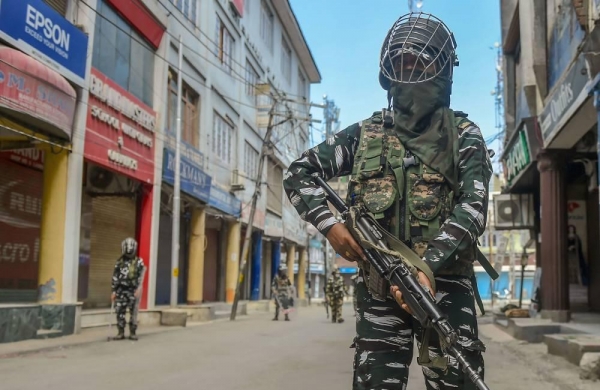 Express News Service
SRINAGAR:  Jammu and Kashmir’s summer capital Srinagar continues to be on the radar of militants. Two policemen and a non-Kashmiri have been killed in three militant attacks in the last 20 days. A security official said Srinagar always remains a target because any attack here gets wide publicity.

The victims were unarmed when militants attacked them. In a third attack, militants lobbed a grenade towards a police post at Fateh Kadal downtown Srinagar on March 5. It, however, missed the intended target and exploded on the road without causing injuries. After these attacks, police and paramilitary forces have increased patrolling in Srinagar, especially in sensitive areas.

“Armoured police and CRPF vehicles and security men remain deployed at sensitive and vulnerable areas to prevent any attack. Besides, close watch is kept through CCTV cameras,” said a security official. “Since Srinagar is in the limelight, militants plan strikes here to remain in the news.” Last year, Srinagar witnessed many encounters and militant attacks. Hizb chief Dr Saifullah was killed in the outskirts on November 1.