This village of Delhi submerged without floods, not natural, people are helpless in front of ‘administrative disaster’ 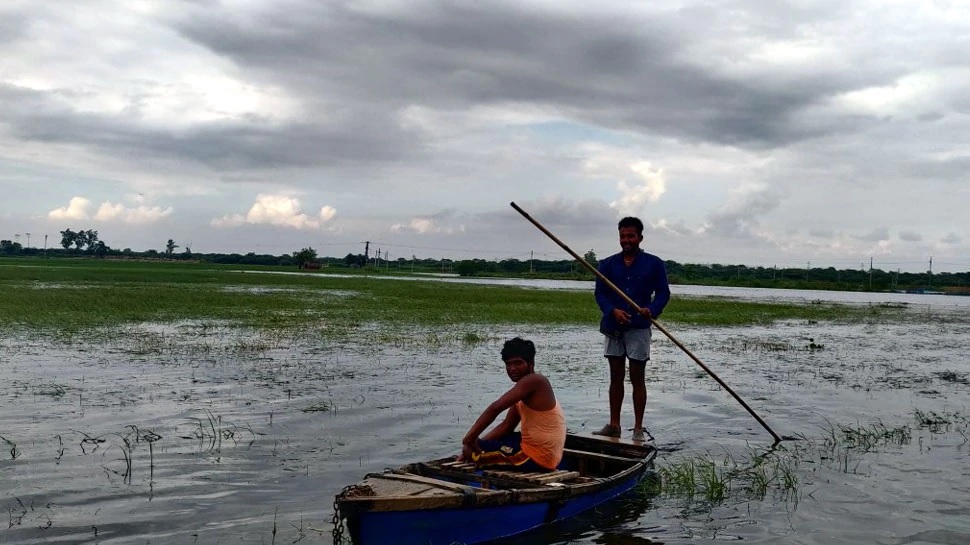 More than 700 acres of the village’s land has been completely submerged. The condition is that even eight to eight feet of water has accumulated in the fields, due to which the farmers’ paddy crop is almost sure to be ruined

New Delhi: A village in the national capital Delhi ( Delhi ) has drowned without flooding. People here are victims of ‘administrative disaster’, not natural. This picture has come from the village Rawta, who came from the capital, on his development, where more than 700 acres of land has been completely submerged. The condition is that even eight to eight feet of water has accumulated in the fields, due to which the farmers’ paddy crop is almost certain to be ruined.

Let us tell you that for planting paddy crop, the farmer has to spend 18 to 20 thousand per acre. But this time all this money of farmers has been wasted and a mountain of debt has risen on them. The flood has changed all their aspirations. The roads of Rawata village are submerged in water. Due to which people are facing huge troubles.

A major reason for the sinking of the village is the dirty water of Gurugram in the Najafgarh lake. There are about 100 to 150 acres of land in the village, which has been filled with water for many years. For this reason, the people of the village have knocked on every government door due to the problem of floods coming every year in the village, but the governments probably do not have time to solve their problems.

Town planner AK Jain said that soft tools need to be used to deal with this annual flood problem in Rawta village. Under this, the data of government and farmers land will be extracted first. After which, by putting sewage treatment plant on the Najafgarh drain, water can be cleared and left towards the lake. He told that the use of small pebbles will also prove to be very effective. Cleaning the drain is important from time to time.