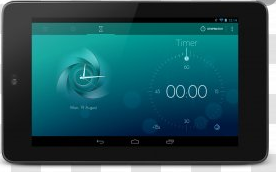 tend to have a slightly higher price tag than non-ruggedized models, because they service a niche b2b audience and very often need specific certifications and components.

The N1 from Pipo bucks this trend, however, available at a highly affordable price point, given what’s on offer.

On the outside, it looks like most ruggedized portable devices, with a bumper protecting the screen all around and with big reinforced corners. The body frame and the connectors are sealed to prevent dust and moisture from entering the device, while the reinforced shell structure can sustain falls of up to one meter.

The rest of the specification is just about right for that price tag: a quad-core processor from Mediatek with a Mali-T720, 2GB of RAM, 32GB onboard storage and a 10.1-inch 1280×800 pixel touchscreen display.

There’s also an audio plug, microHDMI connector and a Type-C port, as well as both rear and front cameras and a pair of speakers. The battery capacity (6,000mAh), meanwhile, is adequate without being spectacular.