This is a government of non-performance: Nadda says BJP giving ‘special focus’ to Kerala 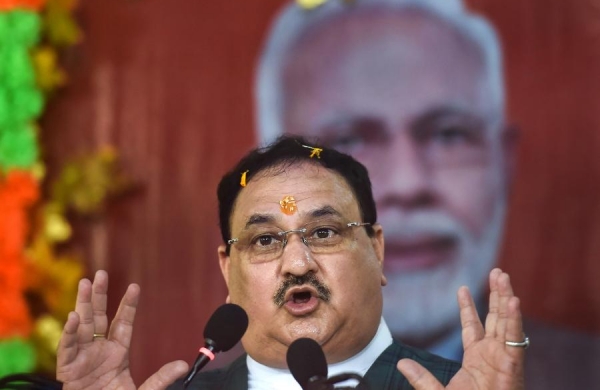 By PTI
THRISSUR: The BJP and Prime Minister Narendra Modi were giving “special focus” and attention to poll-bound Kerala and over Rs 19,000 crore has been kept apart for the state to ease its revenue deficit, party president J P Nadda said on Thursday.

“Prime Minister has special attention and focus for Kerala and more than Rs 19,000 crore has been kept apart to reduce the state’s revenue deficit,” he said at a massive rally of party workers at the Thekkinkadu Maidan here this evening.

Continuing his attack against the ruling CPI(M)-led LDF and the opposition UDF spearheaded by the Congress, the BJP president alleged rampant corruption was going on and the two fronts had brought a bad name to the state.

Attacking the LDF, he said, “This is a government of non-performance.”

He listed various projects sanctioned by the Centre for the state including the Mumbai-Kanyakumarieconomic corridor for which Rs 50,000 crore has been set apart.

During the lockdown, Prime Minister Modi had transferred Rs 500 each for three months to 20 crore women across the country in their Jan Dhan accounts and 47 lakh peoplewere benefited in the state.

Eight crore gas connections were given to the women here, he said.

Nadda, who is on a two-day visit to Kerala ahead of the assembly polls, addressed party office bearers from the 140 assembly constituencies earlier in the day.

The BJP chief said he had come to the same venue in 2016 during the assembly polls and claimed there was a “sea change” in the enthusiasm of the people now.

Former DGP Jacob Thomas, who recently joined the BJP, was welcomed by Nadda on the stage by wrapping a shawl around him.