This Indian village on China border will be showcased on celluloid, here are some snaps 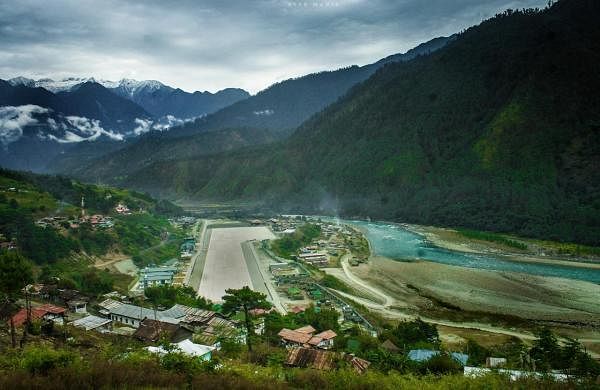 GUWAHATI: Arunachal Pradesh will showcase a village on the China border to the world through a documentary.

As a part of the year-long and nationwide celebrations of the 75th year of Indian independence “Azadi Ka Amrit Mahotsav”, the state’s BJP government is organising a programme at Kaho in Anjaw district on Sunday to publicise the village.

Official sources said a 12-member team from the Department of Information, Public Relations and Printing, had left for Kaho from state capital Itanagar on Friday morning. It will reach Kaho, 580 km east of Itanagar by road, on Sunday morning.

“The team has left for Kaho to publicise the place. This is the first village from the China border in Anjaw district,” the department’s director Dasher Teshi told The New Indian Express.

Not many people know about Kaho and that is the whole purpose behind the publicity, he said. For the record, 11 Arunachal districts share their border with China and each has a village on the international border.

“The team will film the programme. It will also make a documentary on the village and the locals who belong to the Meyor tribe. We will show it to people who do not know much about Kaho,” Teshi said.

Kaho is one of the seven villages of Kibithoo block where the river Lohit divides the picturesque region. According to the 2011 census, it has a population of only 65 residents and a literacy rate of 64.15%.

A similar event was organised at Dipa village in the state’s Lower Siang district recently. In present-day Arunachal, the national flag was first hoisted at Dipa on August 15, 1947.

The place also assumes significance as several locals had taken part in the freedom movement. Their services were acknowledged at the event, Teshi added.