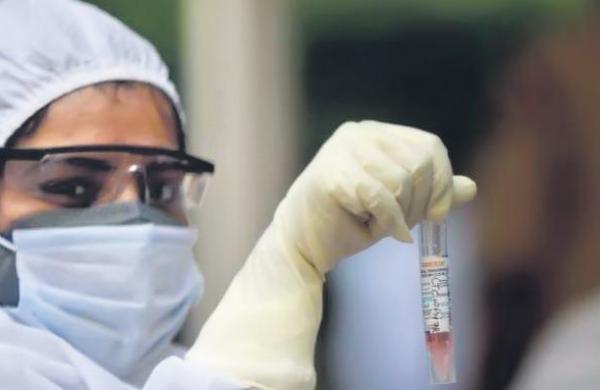 Express News Service
NEW DELHI:  As the daily new Covid-19 cases in India fell below 10,000 mark and the fifth serosurvey  in Delhi indicated a widespread infection that may be leading to herd immunity, the third national sero-surveillance too has been completed and the results are expected by next week.

The findings of the survey are expected to guide the Centre’s immunisation plan beyond the prioritised groups. Sources in the ICMR told TNIE that the last samples to detect the antibodies in the population had been collected now and results are being gathered.

“The sample collection for this study started a month ago and is complete now,” said an ICMR official. “We are hoping that data analysis will begin in a day or two after which we will know the actual status of Covid-19 spread in the country.”

Officials said that the third disease surveillance exercise too, will be based on testing for antibodies in samples collected from nearly 30,000 individuals.  “A significant difference is that we will also test for antibodies against spike protein-which stay longer-and not just IgG antibodies which disappear from the blood in a few months,” another official explained.

at 9,102, Daly Covid-19 tally at all time lowAs per the numbers shared by the Centre, the daily new Covid-19 touched a new low in the last 24 hours as just 9,102 daily new cases were added to the national tally in a day after 237 days. Also, the country recorded fewer than 120-117 — fatalities in the last 24 hours after more than eight months. Country’s active Covid-19 caseload now stands at 1,77,266 majority of whom are in home isolation