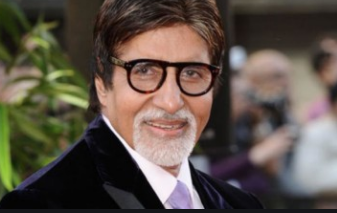 Bollywood superstar Amitabh Bachchan is celebrating his 78th birthday today. He was born on 11 October 1942 in Allahabad (presently Prayagraj) district of Uttar Pradesh. Amitabh Bachchan is a very big name in Bollywood. Amitabh Bachchan, who has been entertaining the audience on the big screen for 5 decades, had many ups and downs in his life, but he faced his every difficulty. So come, know about 10 special things related to his life today on his birthday…

Harivansh Rai Bachchan of Amitabh Bachchan’s father was a famous poet of the Hindi world. His mother’s name was Teji Bachchan. He also has a younger brother, whose name is Ajitabh. According to media reports, Amitabh was first named Inquilab, but at the behest of his father’s partner poet Sumitranandan Pant, he was named Amitabh.

At the beginning of his career Amitabh wanted to become an engineer. Later, his first choice became the Airforce. When the dream of engineering and the Air Force could not be fulfilled, then he turned to Kolkata. Here he got a job in a shipping and freight broker company, that too after much struggle. According to media reports, his salary during this period was only 500 rupees.

Amitabh lived in Kolkata from 1962 to 1969, but in the meantime he left his job and came to Mumbai. After coming to Mumbai, Amitabh started wandering around with his portfolio. During this time, the film Saath Hindustani, and Amitabh’s film journey started from here. You can guess from how much Struggle was in Amitabh’s life that the first 12 films of his career were flopped. Today, when this happens with a new actor, just think how much he will break from inside, but Amitabh acted with great patience and the result is in front of you.

There was a time when Amitabh was also rejected by All India Radio once. Actually, All India Radio did not like his voice, and today you are hearing the same voice in your mobile in your caller tune in this Corona era.