There will be no shortage of iron ore and coal for local industries: Mr. Bhupesh Baghel 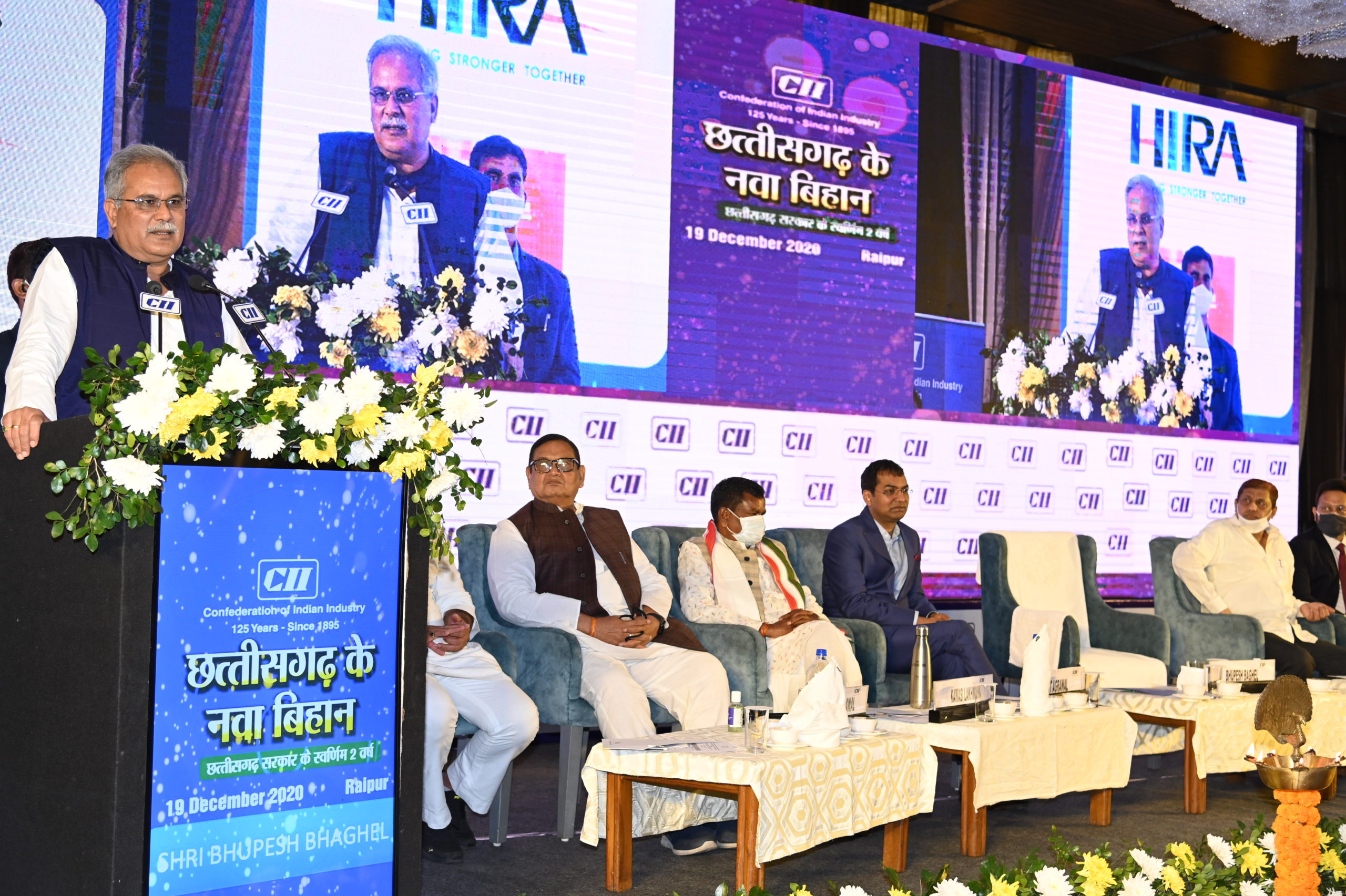 Chief Minister Mr. Bhupesh Baghel has said that there will be no shortage of iron ore and coal for local industries in Chhattisgarh. The State Government is continuously making efforts in this regard with NMDC and Central Government. He has asked industrialists of Chhattisgarh to set up small units of industries for value addition in small forest produce in forest areas of the state including Bastar. Chief Minister Mr. Baghel was addressing the ‘Nava Bihan of Chhattisgarh’ program held at a private hotel in the capital Raipur today.

The Chief Minister said that during the Corona crisis, when the entire country was affected by the economic recession, the industry in Chhattisgarh remained untouched by the recession. During the lockdown, Chhattisgarh’s industries started functioning in the first month of April in the country. Our industrialists contributed significantly to this. Chhattisgarh tops the GST collection today. The credit for this also goes to the people of our industry and business. Production continued even during the Corona crisis in iron ore and coal mines in Chhattisgarh. Mr. Baghel said that the state government, in consultation with industrialists, laid down the new industrial policy of the state. Due to which 103 MoUs were signed in the last two years. A capital investment of Rs 42 thousand crore is proposed in the state through these MoUs. The Chief Minister said that now the challenge of implementing these MoUs is with the state government as well as industrialists. The Chief Minister asked the officers to work in a professional manner for the implementation of these MoUs. Officers should work in better coordination with industrialists to establish industries.