The whole country is benefiting from the economic policies of Chief Minister Mr. Bhupesh Baghel. 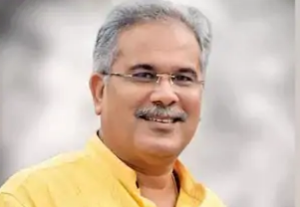 Chief Minister Mr. Bhupesh Baghel has informed that more than 70 percent of the said revenue collection related to GST belongs to IGST, CESS and CGST. The CGST goes to the center treasury, the IGST is distributed between the center and the user states and CESS is compensated for the reduction in GST collections of all states.

Chief Minister Mr. Bhupesh Baghel said that in the period of August 2020 in Chhattisgarh, there has been a decrease of about 10 percent in the receipt of SGST compared to the previous August. Nevertheless, the state has continued economic activities even in difficult circumstances through the state’s economic policies such as starting industrial commercial activities on time, Rajiv Gandhi Nyaya Yojana, Godhan Nyaya Yojana and purchasing of minor forest produce on support price. The result of this is that IGST and CESS being collected in Chhattisgarh will benefit other states of the country.