The timetable of trains will be completely changed, the railway is preparing to stop about 500 trains 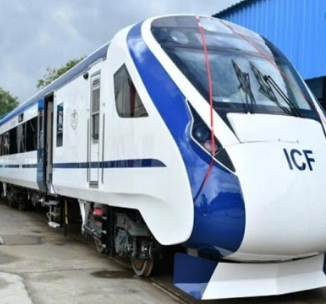 Indian Railways is preparing to completely change the time table of all its trains. To implement the new time table, about 500 trains will be closed and 10,000 stops will be eliminated. This time table will be implemented as soon as the corona crisis ends.

In a media report, it was told that after these changes in the time table, the earnings of Indian Railways will increase by Rs 1500 crore annually. According to an internal assessment of the Ministry of Railways, this estimated earning of 1500 crore rupees will come without any increase in fares or other charges. This will be done through changes in other operational policies including time table.

Indian Express has said in a news report that 15 percent more freight trains will be able to run at higher speeds in the Exclusive Corridor. Railways have estimated that the average speed of passenger train services will increase by 10 percent in the entire network. Indian Railways has prepared a zero based time table with experts from IIT Bombay.

On an average, trains with less than 50 percent occupancy per annum will not find any place in this network. If needed, these trains will be merged with other trains. Popular trains will be selected to be merged.

There will be no stop before 200 km of long distance trains. However, if a major city falls in the meantime, there can be stops. Railways is preparing to eliminate a total of 10,000 stoppages.

All passenger trains will run on Hub and Spoke models. Cities with a population of 10 lakh or more will be hubs. In these cities, there will be a stop for long second trains. Smaller stations will be connected to the hub with other trains. This will be according to the timetable.