The symbol of prosperity and unity of Madai Mela village: Minister Dr. Dahria 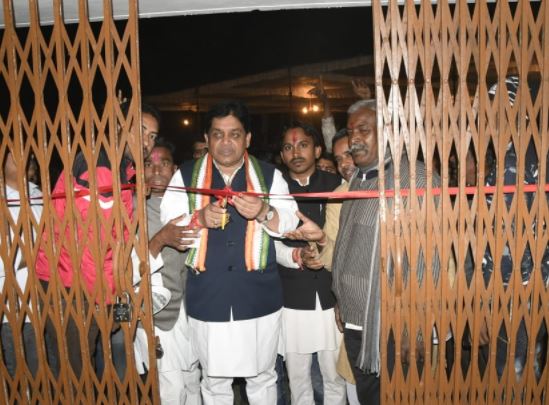 Urban Administration Minister and MLA from Arang region Dr. Shivkumar Dahria participated in the inauguration program of Madai Mela and development works organized at village Tulsi and Lakhauli of Arang Vikas block. On this occasion, he said that the Madai Mela symbolizes unity with happiness and prosperity in the village. The work of saving the culture of Chhattisgarh is being done through the Madai Mela. The state government is also working to save the culture and tradition of Chhattisgarh. With the promotion of Chhattisgarhi culture, a government holiday has been started in Teej festivals here. Local people are also being given opportunities in jobs. He said that the Madai Mela is a festival of happiness in the village. The people of the village celebrate this fair by organizing it among themselves.

Minister Dr. Dhariya inaugurated the high school building in Tulsi and the prayer shed in the pre-secondary school. He announced Mangal Bhawan in village Tulsi, cycle stand and ground leveling in high school premises and community building for CC Dhruv in Village Lakhauli, CC Road. Minister Dr. Dahria said that our farmers are the foundation and economy of this state and country. If the farmers are strong then the village and the state will be strong, the country will be strong. Therefore, the government first started paddy procurement by waiving the debt of all farmers. Minister Dr. Dahria said that no injustice will be allowed to farmers. He also talked about the pace of development work in the area after the formation of Nagar Panchayat.