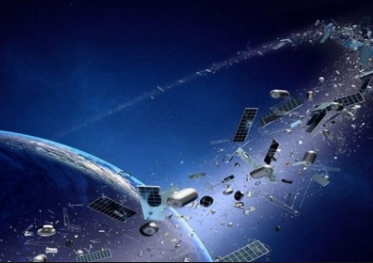 There has been news of a big relief from space. The risk of a possible collision between a Russian satellite lying idle as debris in space and a potential Chinese rocket has been averted. The California-based space debris tracking company Leolabs predicted more than 10 percent of the collision of these two objects.

Liolabs said that the combined mass of the Russian satellite and inactive Chinese rocket is about 2,800 kg. Had the two objects collided, a huge cloud of debris would have been created, as they were moving towards each other at a very high speed of 52,950 kilometers per hour. At 1256 GMT on Friday, the two objects were very close to each other. Thankfully, it did not collide with each other.

Both objects were named Cosmos 2004 and CZ-4C R / B. Liolabs has reported in one of his tweets that his recent data confirm that Cosmos 2004 is still intact. The company said that it will share information on further risks next week. A report released by the European Space Agency on space debris estimates that there are currently 34,000 wrecks objects in orbit larger than 10 cm (larger than the size of a softball).

Sputnik-1, the world’s first artificial satellite, was launched in Earth orbit in 1957. Since then thousands of other satellites have been sent from different countries. Space agencies around the world also monitor such pieces of debris. Nevertheless, keeping in view their increasing number, tracking them is always becoming a serious problem. If these pieces of debris collide with each other at a high speed, then the satellite installed in space can cause heavy damage.