The rains continue in Chhattisgarh 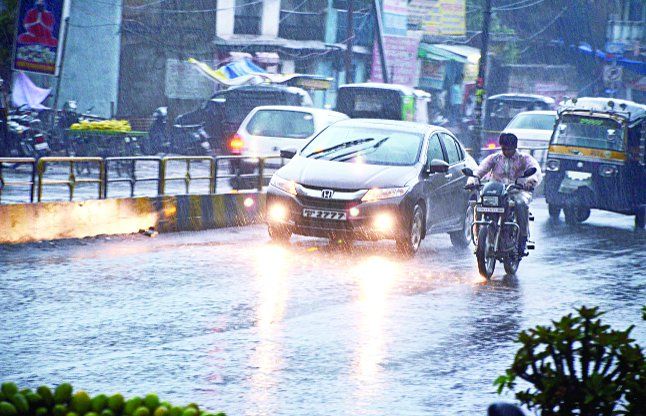 In Chhattisgarh, including Raipur, several districts of the state are undergoing rains for the last several days. Due to this, rivers and streams have come on the rise. The bridge over the bridge has been flooded due to the Kolhan Nala boom in Rayupar. Due to this, traffic between Balodabazar-Raipur is closed. At the same time, Raipur-Jabalpur road has been closed due to water filling on the National Highway in Kawardha.

The capital Raipur has also been raining since Tuesday night (around 60 hours). The situation is that more than 15 cm of rain has been recorded in three days. Due to the continuous rains, the low lying areas of the city have been flooded. According to the data, the month of August is the longest continuous rainfall this year.

All the water from the road to the house

The situation in the city has deteriorated. Claims made about the preparation before the rains have been exposed. Roads in Smart City Raipur have turned into ponds and ponds have overflowed onto the road. The houses are flooded to the waist. Narhareshwar pond is full. Dividers were broken to make the road empty of water. At the same time the water of Khamhardih pond has entered the houses.

Kawardha Sakri river is in spate. Due to this the Raipur-Jabalpur National Highway has been closed. There is about 13 km long jam from Kawardha to Pondi. There is a long line of trucks. However, as a relief, the administration is passing small vehicles through the Samnapur bridge. This season, while Bijapur has recorded the highest rainfall (1991.8 mm) so far, Surguja has the lowest (693.8 mm) rainfall.

This picture is of Bandhwapara Senwar of Bilaspur. Due to continuous rains, the ponds are filled to the brim. Its water has come on the streets. Due to this, there is a situation of waterlogging in many places.

Due to rain on the river-drain , many houses have fallen due to rain in the state for many days. The water level of Kharun river has also increased in Raipur. At the same time, houses have fallen in Jashpur, Dhamtari and other places. Bilaspur also has waterlogging due to rain. Water is flowing on the road as the pond is full. Roads have collapsed at many places in the city.