The PM, who was mentioned in Mann Ki Baat, convinces all of his bravery 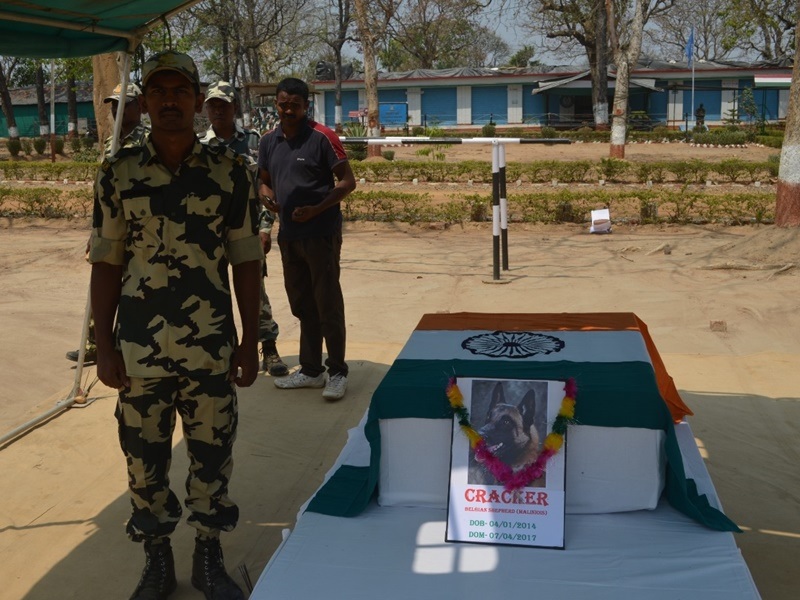 Raipur news: Raipur. Sniffer Dog Cracker, who was posted on the Naxal front of Chhattisgarh, was martyred in the IED blast and saved the lives of the soldiers. Prime Minister Narendra Modi saluted his courage by mentioning Cracker in Mann Ki Baat. CRPF 170th Battalion Commandant VJ Sundaram said the cracker was an expert in sniffing. He also identified the hidden IEDs in the depths. CRPF personnel were engaged in road safety operations on 7 April 2017 at Chinnakodepal in Bijapur. Maoists laid down a landmine along the road from Chinnakodepal on the side of National Highway 63 towards Modakpal. Cracker sensed this nefarious intentions of the Maoists and alerted the jawans.

Cracker’s courage can be gauged from the fact that after locating the IED, he not only prevented the soldiers from going ahead, but himself reached there and also informed the place of the IED by foot. At the time when the cracker was giving information about the landmine with his foot, IED blasted by the pressure mechanism. Cracker was killed on the spot in this. As well as assistant Avinash YS was injured. The cracker was brought to the Veterinary Hospital in Bijapur, where he was declared dead by doctors. Cracker was given a final farewell to the Guard of Honor in the presence of DIG Bijapur.

The landmines are available in Bastar region. Here the Naxalites cannot directly confront the security forces, so they resort to pressure bombs and target them with pressure bombs. Bombs planted by Naxalites in many places have been present in the same condition for years and they are destroyed whenever the pressure falls. These bombs are usually planted on footpaths and rough roads between forests, which is the search route for security forces. While defusing a similar IED, a key member of the bomb disposal squad was also killed a few years ago.