The mayor, MLA, chairman and officials toured the city by boarding the city bus, after more than two years, the city bus service was restored. 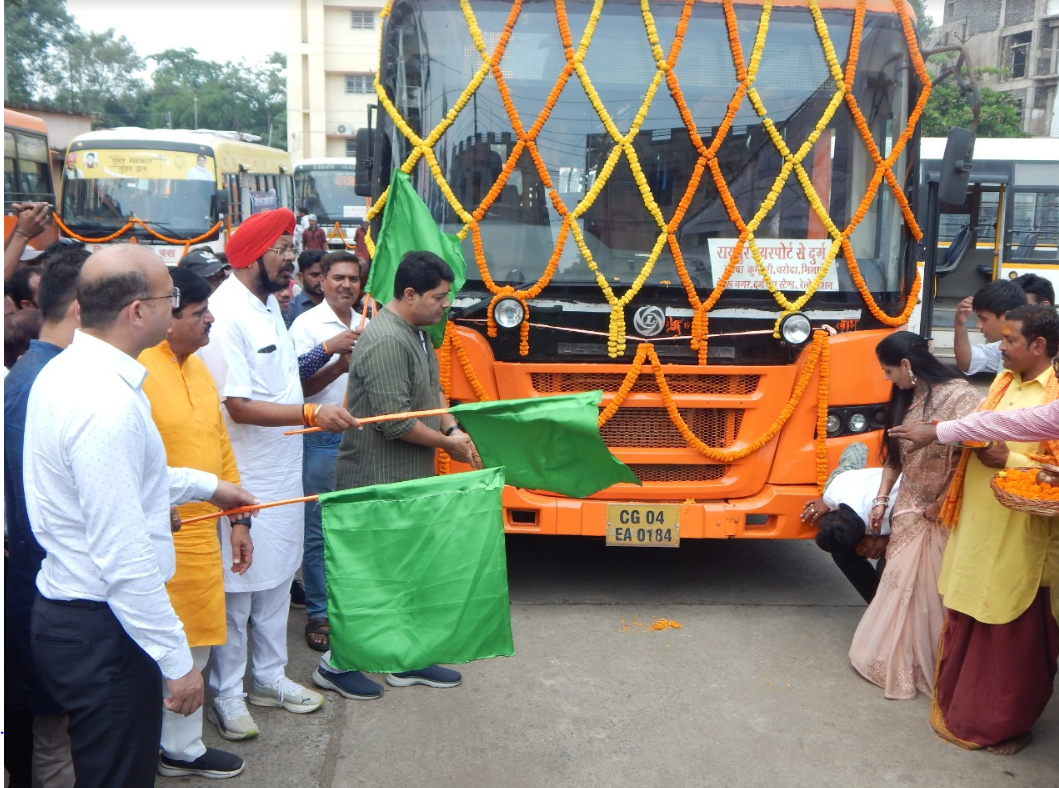 Out of the city buses that have been closed for more than two years, the operation of 30 buses has been resumed today. In the coming time, preparations have been made to operate the rest of the city buses one by one. The city bus was flagged off by organizing a program regarding the operation of city buses at the bus depot at Pandri today. On this occasion Mayor of Raipur Municipal Corporation Mr. Ejaz Dhebar, MLA Mr. Kuldeep Juneja, Chairman of Municipal Corporation Raipur Mr. Pramod Dubey, MIC member Mr. Ajit Kukreja, Collector cum President of Raipur Urban Transport Society Dr. Sarveshwar Narendra Bhure, SSP and Vice President of the society. Shri Prashant Agrawal, Municipal Commissioner Shri Mayank Chaturvedi, RTO Shri Shailabh Sahu and other senior officers and a large number of citizens were also present. Along with the guests, the dignitaries present in the program also celebrated by traveling in city buses from Pandri to Shastri Chowk, Fafadih Chowk and Station Road. Mayor Mr. Ejaz Dhebar said that today is the first day of Navratri. It is a matter of happiness for the people of the city that city buses are being operated in the city from today. MLA Mr. Kuldeep Juneja said that city buses are operated due to Corona was closed. He extended his greetings and best wishes to the people of the city on this occasion. Collector Dr. Bhure said that the residents of the city are going to get a new gift. The city bus had become necessary for the city. Now people will get good facility in less budget. On this occasion, the drivers of city buses were honored by the dignitaries. Executive Engineer Mr. Badri Chandrakar said that the city buses were closed for two years. The crowd of people will increase in city buses after the publicity of the start. Accordingly, the number of buses on the routes will be increased. There are a total of 67 city buses in the city, out of which 30 buses have started running on the road from today and remaining buses will also be operated in the coming time. Like this:Like Loading… Continue Reading