‘The Kashmir Files’ being used as instrument to divide people over selective truths: Brinda Karat 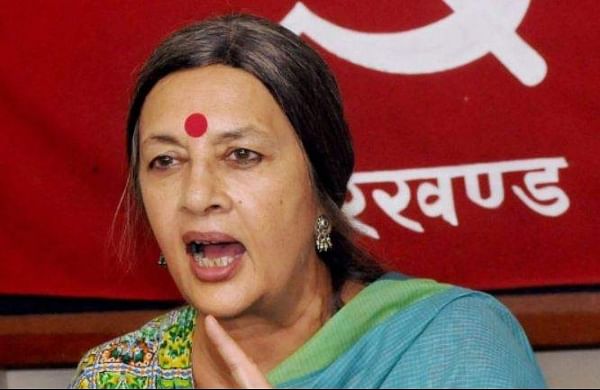 NALGONDA: Communist Party of India (Marxist) senior leader and Politburo Member Brinda Karat on Tuesday said that the Sangh Parivar is promoting “The Kashmir Files” movie and it is being used as an instrument to divide the people of the country over selective truths.

Karat said, “Sangh Parivar is promoting The Kashmir Files movie. It’s fact that Kashmiri Pandits faced the most difficult, horrible situations that no Indian citizen should face. They were forced to leave their homes. But, that is not the full story.”

“The same people, the terrorists, backed by Pakistan, attacked anyone and everyone who opposed them. A number of Muslim leaders were killed at that time. The speaker of Jammu and Kashmir was butchered, various MLAs were killed.”

“She stated that there was a reign of terror against those who stood up against the terrorists, so the Kashmiri Pandits who suffered were supported by a big section of Muslims who were living in the valley. But, the film does not show that suffering and solidarity,” the CPI (M) leader added.

Karat further added, “It is very unfortunate that Kashmir’s tragedy is being used as an instrument to divide people of the country. Half-truths and selective truths can never be the truth.”

The movie, which had released in theatres on March 11, stars Anupam Kher, Mithun Chakraborty, Pallavi Joshi, Darshan Kumaar, and others.

“The Kashmir Files” has been declared tax-free in Madhya Pradesh, Haryana, Uttar Pradesh, Gujarat, Tripura, Goa, Uttarakhand among other states.

The movie revolves around the genocide of Kashmiri Pandits in 1990 and has been directed by Vivek Agnihotri, known for films like ‘Tashkent Files’, ‘Hate Story’ and ‘Buddha in a Traffic Jam’. (ANI)